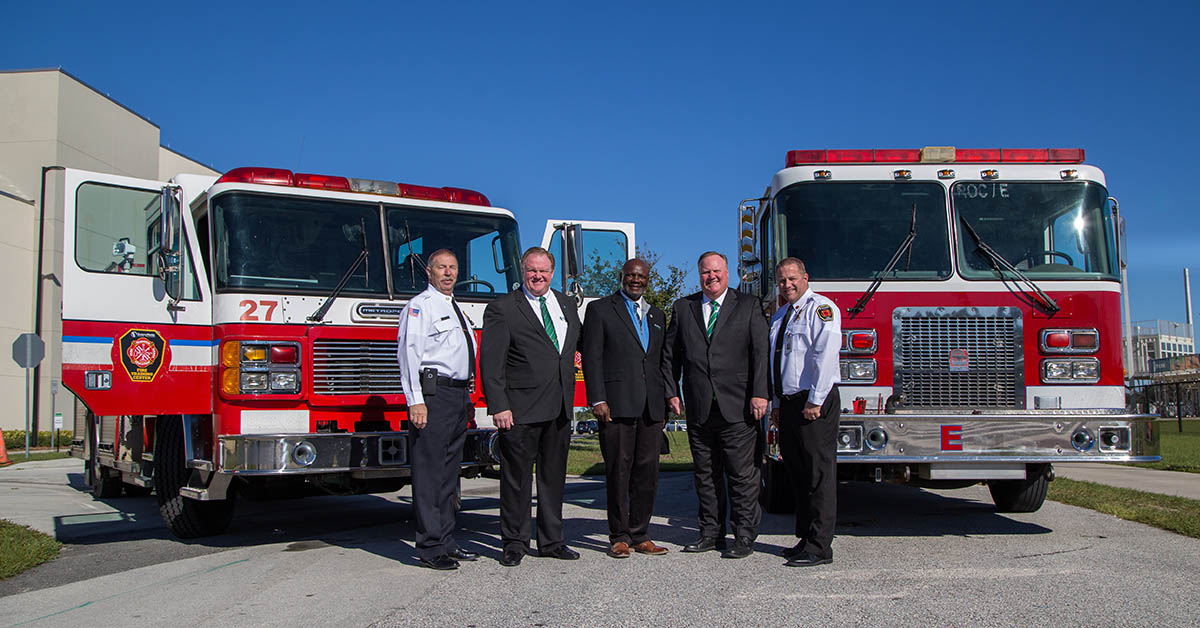 The engines came from Brevard County Fire-Rescue and the Rockledge Fire Department, adding to an impressive array of equipment at EFSC’s state-of-the-art Fire Training Center on the Palm Bay campus.

“Thanks to the donation, we can simultaneously conduct basic recruit training and advanced training to provide municipalities throughout Brevard with well-trained firefighters,” said Bill Klein, Fire Science Program Manager.

“The engines are another example of the college’s close relationship with Brevard’s fire departments, and we’re very grateful to have received them.” 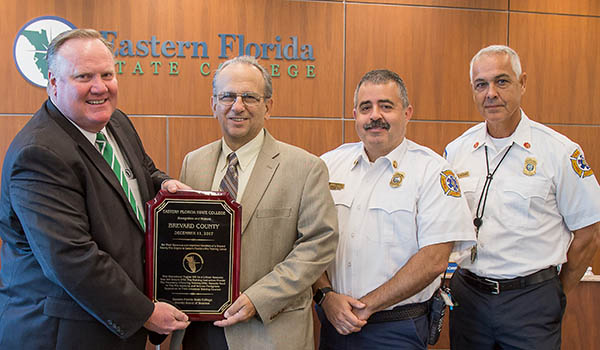 The trucks were accepted during a brief ceremony at the college’s Board of Trustee meeting that included the presentation of appreciation plaques to officials from both Brevard County and Rockledge.

The college opened its new Fire Training Facility in 2016 to train recruit-level and veteran firefighters for all 13 municipal fire departments in the county and Brevard County Fire-Rescue. 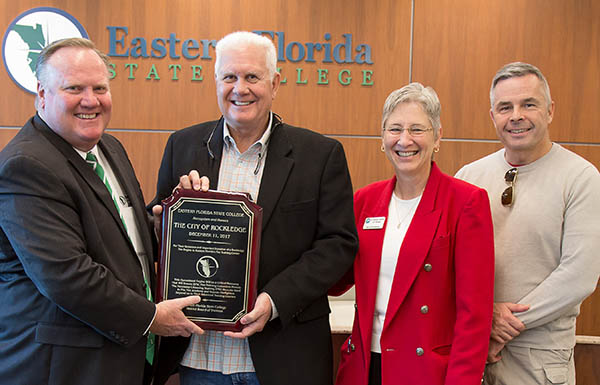 That makes the facility a key resource to ensure public safety along the Space Coast.

The center includes a four-story rescue tower, two-story burn building to conduct live burns, a propane field with control center and an academic building with classrooms.

To learn more about the Fire Training Center and its programs, visit easternflorida.edu/go/fire