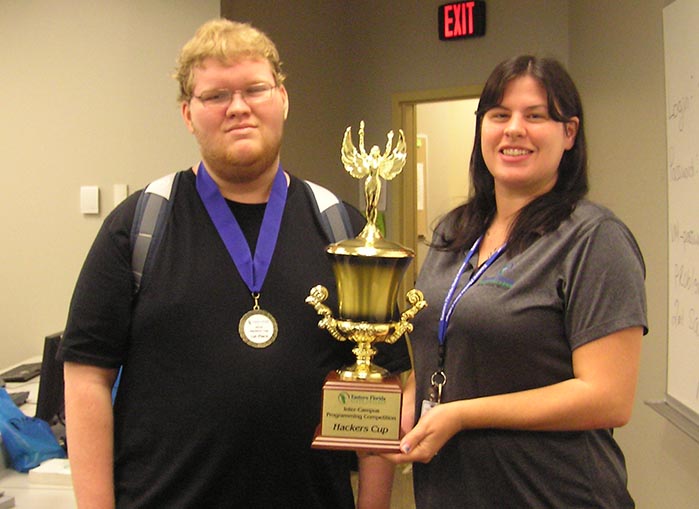 The competition, held on Friday, November 18, was open to students currently enrolled in COP 1000: Principles of Programming, or other higher-level programming courses.

A total of 25 students from all four EFSC campuses registered as participants, compared to only six competitors from two campuses in 2015. The students had three hours to attempt to solve five problems using a variety of different programming languages including Visual Basic, Java, C++, C# and Python. During that time frame, there were a total of 84 attempts submitted to the judges, 39 of which were completed correctly.

Awards were given to th 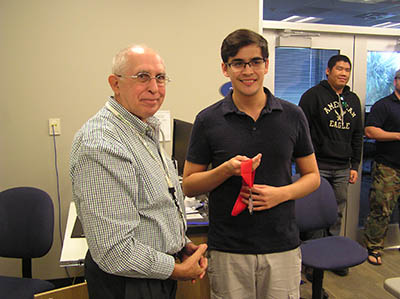 e three students who earned the highest scores in the shortest amount of time. Following his first place win, Burcik was awarded a gift card for a Thanksgiving tukey, as well as bragging rights for his campus. The coveted Hacker's Cup has since been relocated from Provost Phil Simpson's office on the Titusville campus to the office of Provost Sandy Handfield on the Melbourne campus, where it will remain until the next Hacker's Cup competition. 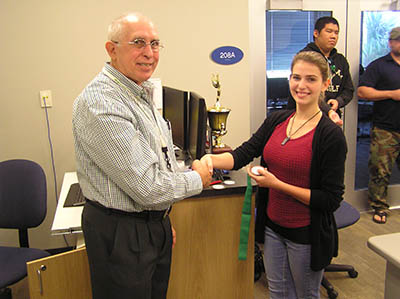 Next fall, EFSC plans to compete in a programming competition at the intercollegiate level. For more information, contact Computer Science Instructor David Shedrow at 321-433-5356 or shedrowd@easternflorida.edu.