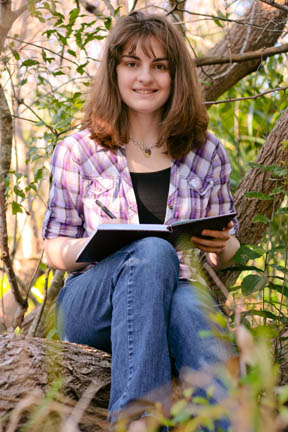 Nota Bene, Latin for “note well,” is Phi Theta Kappa’s honors anthology. Founded in 1994, it showcases exceptional writing among college students and demonstrates to the literary public the academic excellence and commitment to scholarship found at local colleges. More than 800 entries were submitted for consideration for the 2013 edition.

“I was telling stories long before I could write words. Writing has always been, and always will be, a passion of mine,” said Covel, a recent Eastern Florida graduate. “I hope to author a series of young adult novels in the near future.”

Covel expressed gratitude for the honor and planned to use the scholarship to pay for classes she would not have otherwise been able to afford.

Phi Theta Kappa is an honors organization created in the early 1900s to recognize and encourage scholarship among two-year college students.