September 15, 2015 - Each year, Americans observe National Hispanic Heritage Month from September 15 to October 15 by celebrating the histories, cultures and contributions of American citizens whose ancestors came from Spain, Mexico, the Caribbean and Central and South America. 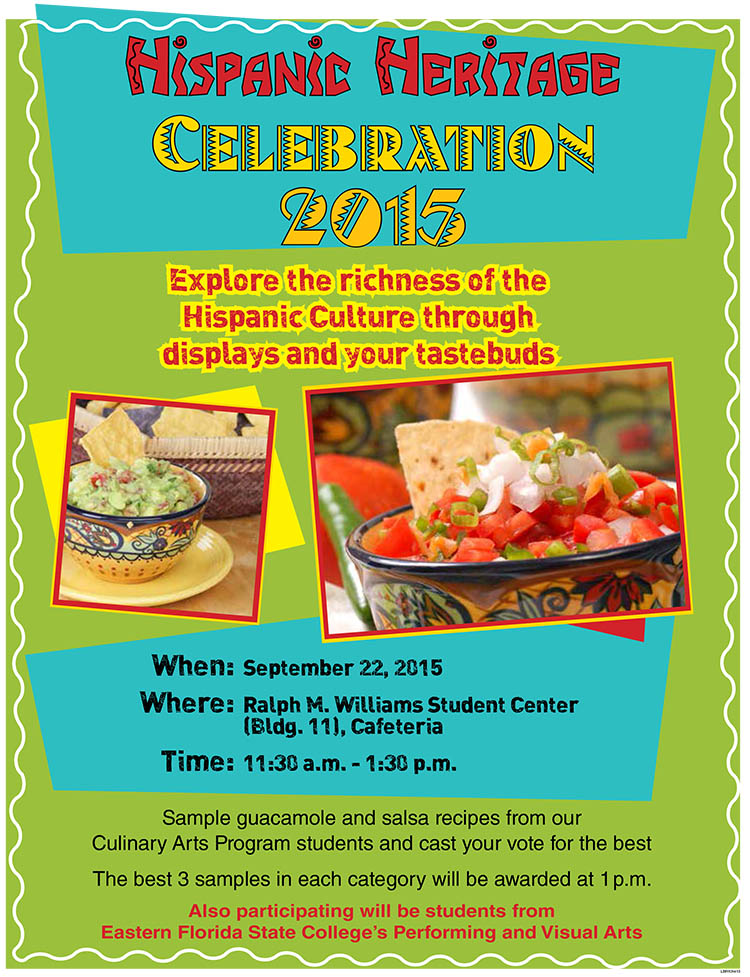 Eastern Florida State College will commemorate the month in a variety of ways, including with a celebration on Tuesday, September 22 from 11:30 AM to 1:30 PM in Building 11 on the Cocoa Campus. Sample guacamole and salsa recipes prepared by EFSC Culinary Arts Program students and help choose the best samples.

The observation started in 1968 as Hispanic Heritage Week under President Lyndon Johnson and was expanded to a month-long commemoration by President Ronald Reagan in 1988.

The day of September 15 is significant because it is the anniversary of independence for Latin American countries Costa Rica, El Salvador, Guatemala, Honduras and Nicaragua.

In addition, Mexico and Chile celebrate their independence days on September 16 and September18, respectively.

Also, Columbus Day or Día de la Raza, which is October 12, falls within this 30 day period.

Learn more about Hispanic Heritage month and culture at:

U.S. Department of the Interior