Experiencing the Magic of College

Experiencing the Magic of College 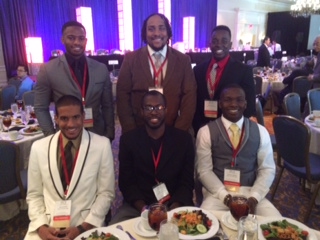 The summit is held to inspire, challenge and encourage minority men who are attending college to continue their education and complete their degrees.

The theme for this year's summit was "Setting the Record Straight: Demystifying the Perceptions about African American and Latino Males in Higher Education."

Nine of the 28-members of the Florida College System co-sponsored the summit, including Eastern Florida.

This year's featured speaker was Earvin "Magic" Johnson who was inducted into the Basketball Hall of Fame in 2002. His success running multiple businesses through Magic Johnson Enterprises cements his place as one of the most powerful African-American businessmen in America.