April 19, 2022 - Construction will begin soon on a second Student Housing building on Eastern Florida State College’s Melbourne Campus to meet the strong demand from students who want to live and study there.

Work is expected to begin on the $8 million project in June with doors opening in August 2023 for the start of the Fall Term.

The college’s first Student Housing building opened in 2020 and immediately filled. There is now a long waiting list for students who want to move in. 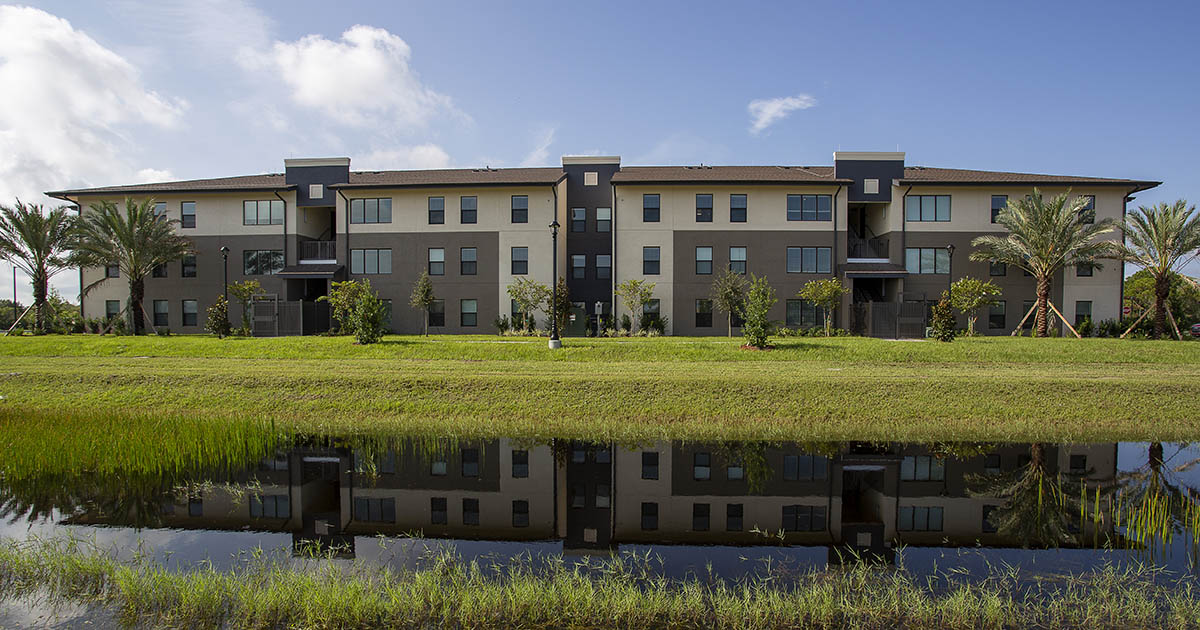 The second student housing facility will mirror this first building which opened in August 2020 on the southern end of the Melbourne campus.

“The popularity of the housing shows students want the collegiate experience of living on campus and all the great opportunities and activities that go with it. That’s why we’re very excited about another building,” said college President Dr. Jim Richey.

The project will mirror the first building with a 96-bed facility divided into suites consisting of four individual bedrooms, two shared bathrooms, a shared kitchen and a common living space.

A smaller adjacent facility includes a laundry, study area and multi-purpose room. Parking and security will also be provided.

Rental rates will be determined as the project moves forward. Currently, students pay $7,000 in rent for an academic year contract that covers the fall and spring terms, with summer term available for an optional add-on fee.

The housing will be available to all full-time students with housing rules governed by the college’s Student Code of Conduct.

The project will rise on a 10-acre site on the southern end of the campus, a location chosen for the original housing building because it allowed room for this anticipated expansion. It will be funded by the college through a conventional bank loan.

The announcement follows the release of a new 10-year master plan for the Cocoa Campus that calls for building two similar Student Housing buildings there for 192 students. A construction schedule for those projects has not been set.