November 7, 2022 - The Eastern Florida State College Foundation recently elected John Kuchta to serve on its Board of Directors. 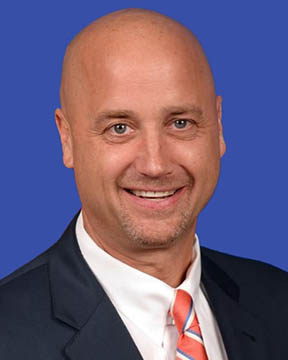 Kuchta is the Chief Security Officer at Embraer Aircraft Holdings, Inc. located in Melbourne. As CSO he is responsible for the safety and security of company personnel, data and assets, including physical and cyber threats and data breaches, as well as development of training and safety protocols. He leads the crisis management team, Threat Analysis Team, Insider Treat Program and insures the physical and travel security of executives and employees.

“The Eastern Florida State College Foundation plays a monumental role in our community and is an important partner to Embraer,” said Kuchta. “I am pleased to join the Board of Directors at the EFSC Foundation during such incredible growth within our region—and aerospace, as well. Together, we are aligned with building the future of the area and look forward to fostering innovation.”

Before joining Embraer, Kuchta was the director of global security and ethics/compliance investigations at a Fortune 50 corporation. He is a former federal prosecutor who retired from a 27-year career with the Federal Bureau of Investigation (FBI) as a Senior Supervisory Resident Special Agent in charge of the Southwest Florida region. He served in Washington, D.C., Tampa, Florida, Regional East Command in Afghanistan, and as a U.S. Diplomat serving as the FBI representative to Her Majesty’s Government in the United Kingdom, Channel Island and the Republic of Ireland.

For more information about the Eastern Florida State College Foundation, or the Alumni Association, contact the Foundation at (321) 433-7055.