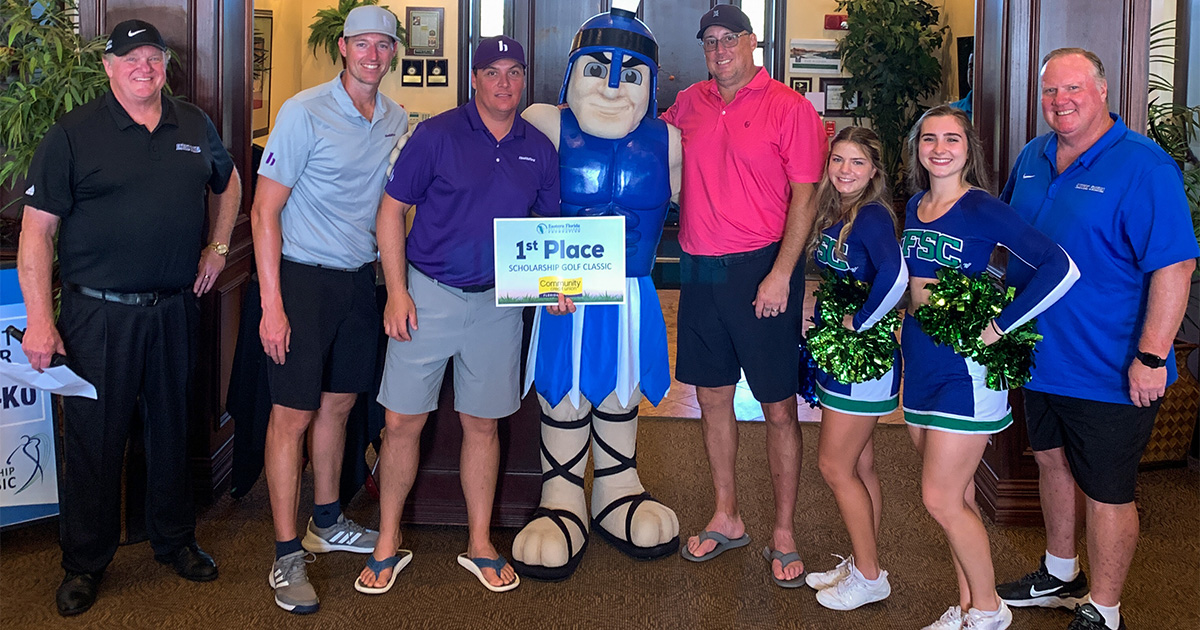 Second place team, The Fragile Years, shot a 55 and was led by Regan O'Rourke who also received an award as the woman who hit a shot closest to the pin.

The four-man team from Met-Con Inc. scored a 56 and included Paul Mette, the tournament honoree for hitting the longest drive.

"We are so proud of this event, and thrilled to see so many of our sponsors return year after year to support the students of EFSC," said Tonya Cherry, Executive Director, Operations for the EFSC Foundation.

"The funds raised from this event support first generation in college students and nursing students, as well as many other areas of study."

A 50/50 drawing held during the tournament was won by Jeremy Cox of the Ajax Corporation, who then donated his $990 share of the winnings back to the EFSC Foundation.

As he helped present the tournament awards, Eastern Florida State College President Dr. James Richey thanked all of the golfers and sponsors for all they do to help the college achieve its educational mission.

Established in 1971, the Eastern Florida State College Foundation is a not-for-profit, 501(c)(3) corporation that provides financial support for student scholarships and educational programs.