September 6, 2022 - Eastern Florida State College and a team of industry partners welcomed 11 new students into a growing apprenticeship program Tuesday that is playing an important role in providing area companies with high-tech workers.

The Space Coast Consortium Apprenticeship Program — an industry-driven effort led by several advanced manufacturing companies in Brevard County — is spearheading the move in partnership with EFSC and programs on its Cocoa Campus. 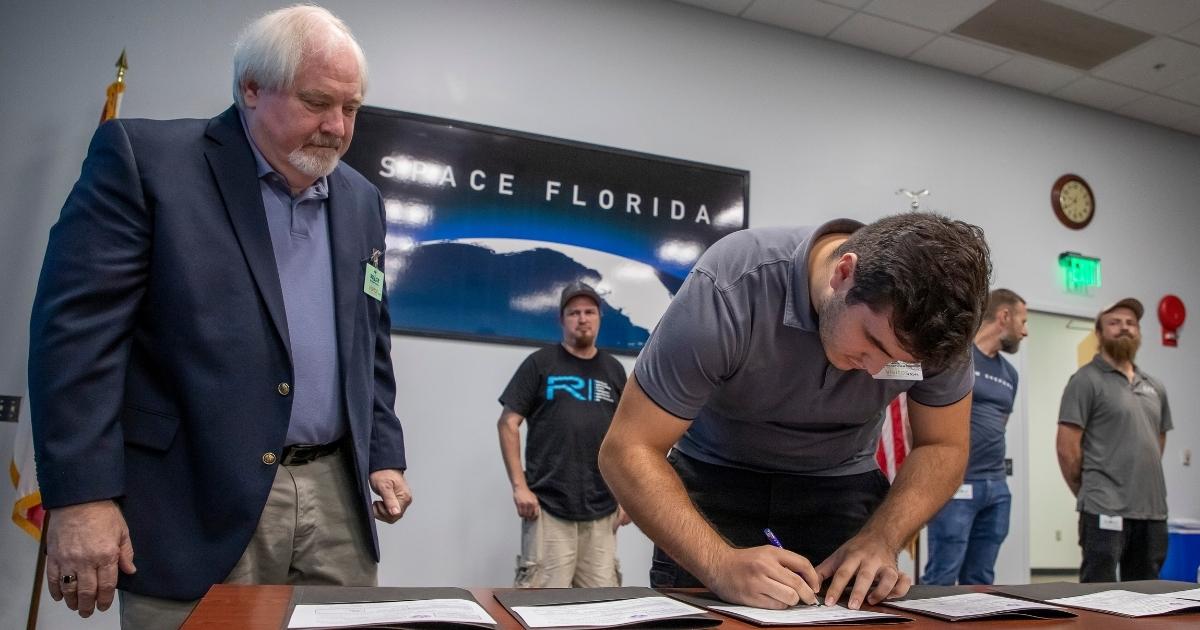 An EFSC student signs on to participate in the Space Coast Consortium Apprenticeship Program.

To date, 26 students have launched their careers through the program since it began in 2019, with 13 companies now participating.

Under the program, students split their time between classes at EFSC and the manufacturing floors of participating companies. The new group will be employed at Blue Origin, Vaya Space, Matrix Composites, Roswell Marine and Knight's Armament.

The students entered the program in a signing ceremony at the Space Florida offices at Kennedy Space Center, where EFSC officials and others called it a key to providing a steady stream of skilled workers to Space Coast companies.

Among them were program graduates Erik Osmundsen, now working at Vaya Space, and Tarun Kumaravel, who is employed at OneWeb Satellites.

Osmundsen said the apprenticeship "helped build my confidence" to work in the aerospace industry, with Kumaravel saying it "gave me the opportunity" for an excellent career after high school.

"It's clearly a pathway for a successful and rewarding career. The college has strongly supported the consortium since it began, and it's beneficial to apprentices, sponsor companies, EFSC and the entire community," he said.

Others at the event included State Representatives Randy Fine and Thad Altman, and Bryan Kamm, the consortium's founder and lead advisor. 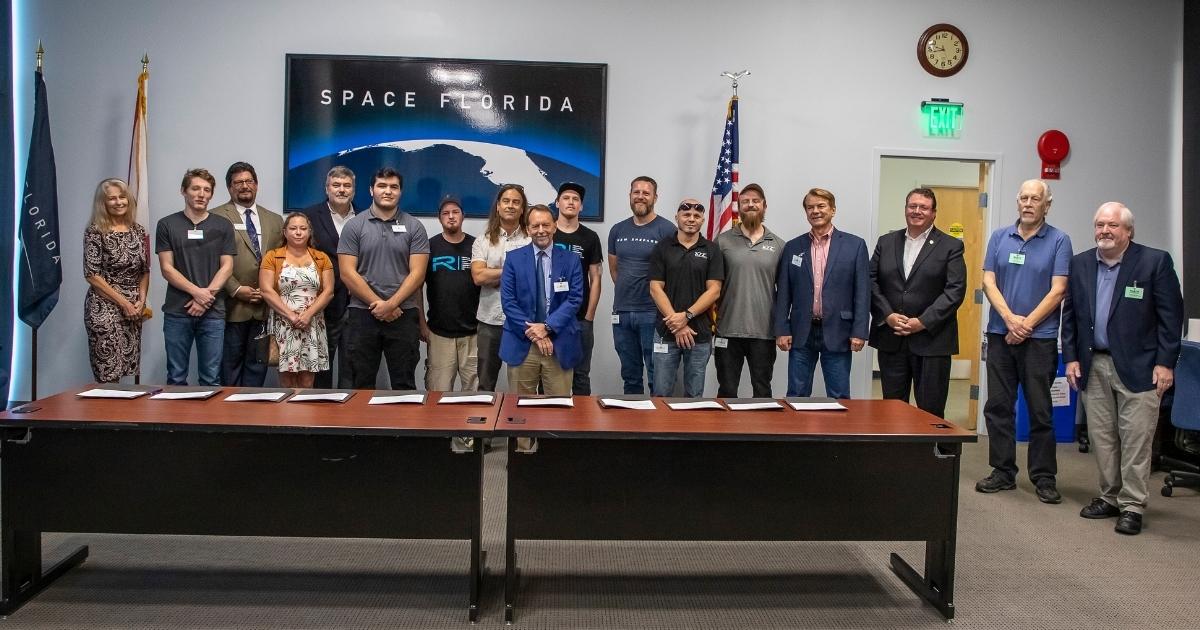 "EFSC has been essential in building outstanding apprenticeship programs for Mechatronics Technicians, Advanced Machinist and Fiber Composites. A fourth, Aerospace Welding Technician, will be added soon," he said.