Wright was instrumental in gaining the appropriation from the Florida Legislature, saying EFSC “plays a critical role in addressing the current workforce shortage for employers of the Space Coast as well as the future staffing needs of the many companies moving here.”

He said the college is meeting the need because of two key factors: affordability and flexibility.

“The cost of Eastern Florida State College is affordable and does not require prospective students to be weighed down by decades of debt. The other factor, flexibility, is critical because the college is home to alternative programs that differ from the traditional four-year path of post-secondary education,” said Wright.

“By the college offering traditional and technical educations that range in length of time until completion, as well as various class schedules, the school is providing professional growth to prospective students who otherwise would not have had the opportunity.”

“Sen. Wright is a champion of growing the aerospace and high-tech workforce along the Space Coast and is committed to doing everything possible to make it happen. We’re very grateful for what he has done. It will pay big dividends for students, the aerospace industry and the entire state,” said Richey.

The Aerospace Center of Excellence (ACE) provides a location to expand the college’s Aerospace Technology program to the Titusville Campus, which is ideally situated adjacent to Kennedy Space Center.

The program is based on the Cocoa Campus and will remain centered there, with Cocoa students often serving apprenticeships at KSC that lead to jobs immediately upon graduation. 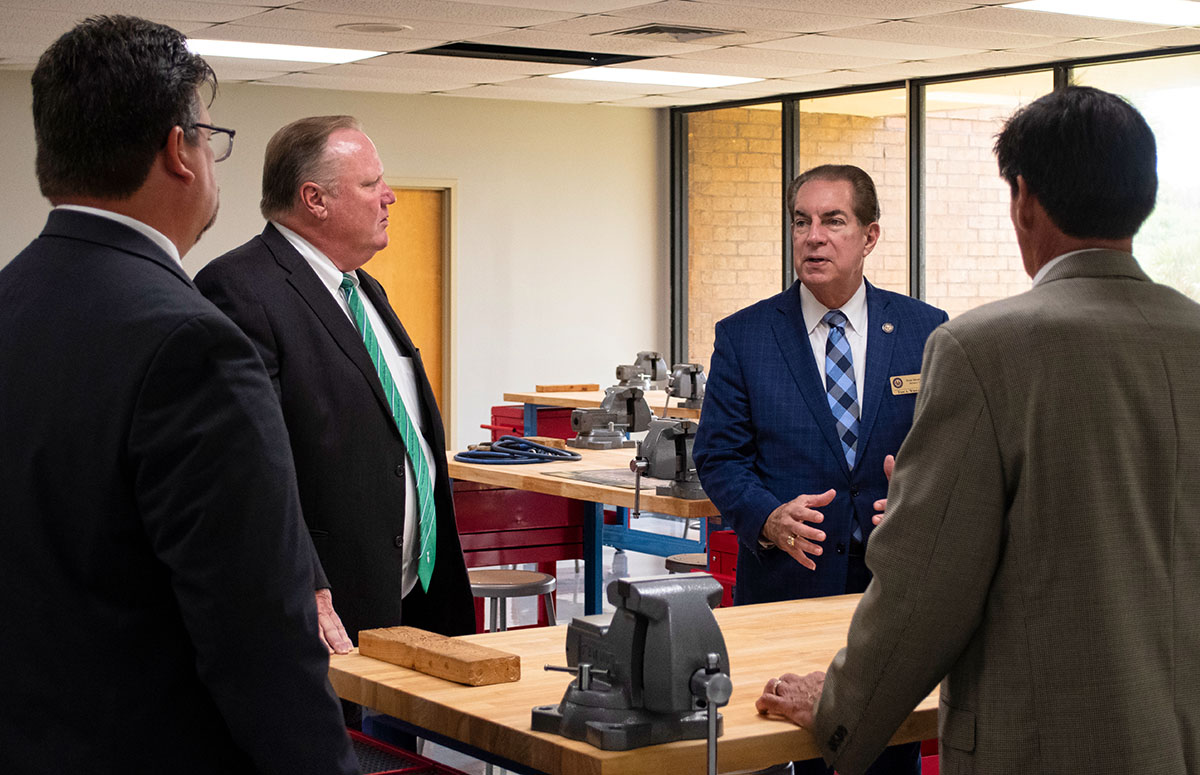 A major player in those apprenticeships is Lockheed Martin ASRC, which is building the Orion spacecraft at the spaceport to return astronauts to the moon. The company strongly supported the initiative to create ACE.

With a bevy of new commercial space companies locating near Titusville, ACE will provide a much-needed training ground for North Brevard students and allow the Aerospace Technology two-year degree program to double in size.

It can also draw students from nearby Orlando and Volusia County, expanding their talent pool for companies seeking skilled employees.

The building will include four specialized labs in electronics, metal fabrication, fluids and composites. It will be housed in a repurposed Titusville campus gym that is now underutilized.

The facility is expected to open in 2023.