October 20, 2021 - Harris Rosen’s view of life can be summed up this way — work hard, plan for the future and care for others.

It’s a formula that has led him to become one of the nation’s leading hotel and resort owners, with seven major Orlando hotels accounting for about five percent of the tourism area’s total guestrooms. 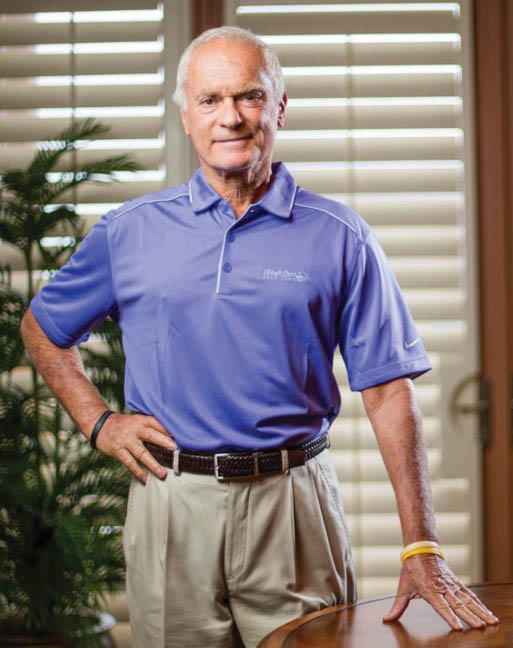 He is also a noted philanthropist, sharing his good fortune with the Orlando community he loves.

Rosen will bring his inspirational story of success to Eastern Florida State College Wednesday, Nov. 17 in a virtual presentation as part of the Bernard Simpkins and L. Gale Lemerand Entrepreneur Speaker Series.

The event can be seen live starting at 9 a.m. via the free online Microsoft Teams platform at https://fal.cn/EFSCSimpkinsFall2021

The series is co-sponsored by EFSC and Daytona State College with lectures free and open to students, faculty, staff and the public.

Rosen, the President & COO of Rosen Hotels & Resorts, will speak at 9:15 a.m. following the presentation of student scholarships.

He was the first in his family to graduate from college, served as a First Lieutenant in the Army and got involved in the hotel business in 1974.

Today, his brand is nationally known and his company enjoys one of the lowest employee turnover rates in the hospitality industry at 12 percent compared to the industry average 70 percent.

His passion for education led him to start the Rosen College of Hospitality Management at the University of Central Florida in 2004. It ranks among the best hospitality schools in the world.

Rosen provides free college for his company's associates and their dependents after three years of full-time employment.

He has also turned around a neighborhood near his hotel properties, the underserved community of Tangelo Park, through an on-going promise he made 30 years ago to provide each youth graduating high school a free college or vocational school education, including tuition, books and room and board.

Bernard Simpkins was a highly successful entrepreneur and Brevard County business leader who established the sessions that have brought some of the nation’s top business innovators to Eastern Florida State College.

L. Gale Lemerand began an insulation subcontracting firm in a barn before moving to Daytona Beach and building his company into a $400 million business prior to his retirement.

You can learn more about EFSC's Simpkins Speaker Series at easternflorida.edu/go/simpkins