Former Astronaut Winston Scott Named to EFSC Board of Trustees 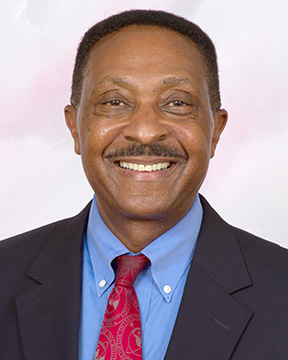 Scott, of Melbourne, is a Senior Vice President at the Florida Institute of Technology and former NASA astronaut who flew on two space shuttle missions in 1996 and 1997, logging over 24 days in space and conducting three spacewalks with nearly 20 hours outside the spacecraft.

He is former Navy Captain who also served as Vice President of Student Affairs at Florida State University and Executive Director of the Florida Space Authority. Scott earned a Bachelor's Degree in music education from FSU and his Master's Degree in aeronautical engineering from the United States Naval Postgraduate School.

“I’m excited to be joining the Board and look forward to working with the leadership to continue moving the college forward. EFSC is an excellent institution that offers students great opportunities and plays a vital role in the life of the Space Coast,” said Scott.

“I also believe my experience at Florida Tech will help enhance the already strong partnership that exists between EFSC and FIT in many areas.”

EFSC President Dr. Jim Richey said Scott brings unique knowledge to the college that will be invaluable, especially as it continues to expand programs that are creating a pipeline of highly skilled employees for rapidly growing commercial aerospace companies near the Kennedy Space Center.

“Winston is a superb addition to the Board and I look forward to working with him. I’m also grateful to Governor DeSantis for appointing him.”

Scott’s appointment is subject to confirmation by the Florida Senate.

Scott replaces Moses Harvin, who has served on the Board since 2011 and helped transform what had been Brevard Community College into Eastern Florida State College in 2013.

During his tenure, the college has launched 60 new academic programs including 25 Bachelor Degree tracks and become recognized as one of the top state colleges in Florida.

“All of us at the college are indebted to Moses for the dedication and leadership he has brought to our students and community. We could not have had achieved as much as we have without him,” said EFSC President Dr. Jim Richey.

Harvin, a retired Army Major, is President and CEO of American Services Technologies Inc., which serves the federal government including the Army, Air Force, Department of Veterans Affairs and Department of Energy.