February 4, 2020 - The Eastern Florida State College Board of Trustees has extended the contract of college President Dr. Jim Richey to 2025 after praising his leadership of EFSC.

The five trustees took the unanimous action Tuesday during Richey’s annual performance review for 2019, the latest since he became president in early 2012. 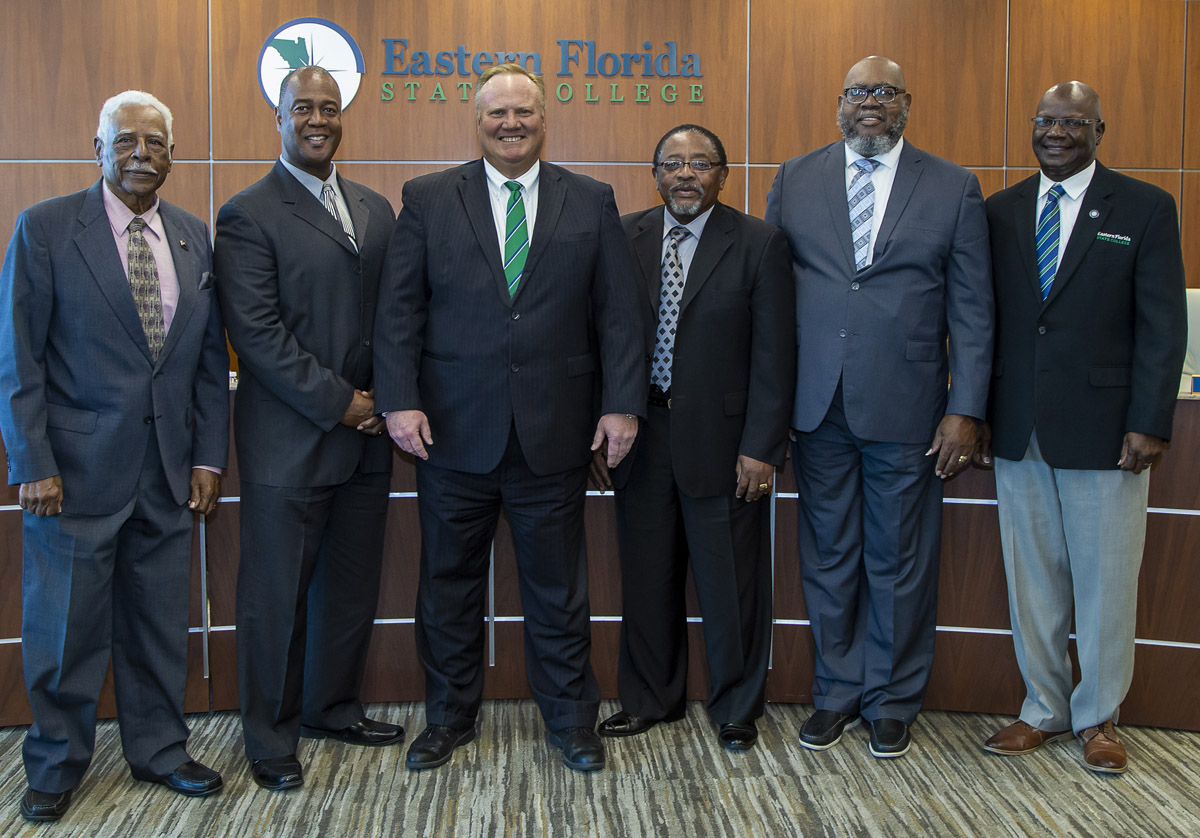 The college also did not raise tuition for the eighth straight year and received statewide recognition for student apprenticeship programs at NASA’s Kennedy Space Center that are helping fuel the next generation of spaceflight.

Trustee Chair Alan Landman said Richey is “always looking to the future” and has put together a team “from top to bottom” that excels at moving EFSC forward.

Said Vice Chair Ronald Howse: “Part of his job is to be a leader in the community and he’s doing that well. You have taken this college to a new level.”

Richey credited the trustees and EFSC’s faculty and staff for the achievements, saying their dedication to student success continues making the college one of the best in Florida.

“Our folks, our community, is what makes this place great. Every day they work hard to educate our students. It’s an honor to be president,” he said.

The college’s accomplishments under Richey in 2019 were detailed in a 24-page report that trustees cited. The highlights include:

• Not raising tuition for the eighth straight year, keeping EFSC among the most affordable public colleges in Florida.

• Nearly 7,400 students enrolled in online classes, a figure representing 32 percent of all students attending the college.

• Opening a new state-of-the-art Robotics Lab on the Palm Bay Campus, and breaking ground on the college’s first Residence Hall on the Melbourne campus.

• Playing a key role in the Space Coast Apprenticeship Consortium and Florida High-Tech Corridor to educate aerospace and other high-tech workers.

During the meeting, leaders of the Brevard NAACP used the college’s 60th Anniversary this year to commend Richey for his commitment to minority students and meeting the needs of the community through new workforce programs.

In a letter, the leaders said college officials have been “open to meet with elected officials, business leaders, NAACP presidents, and other academic institutions to collaborate and ensure students at EFSC are provided with the best educational opportunities possible.”

It cited several examples, including the Minority Male Initiative to increase enrollment and retention among students of color, aerospace and aviation programs and tutoring students at local high schools.