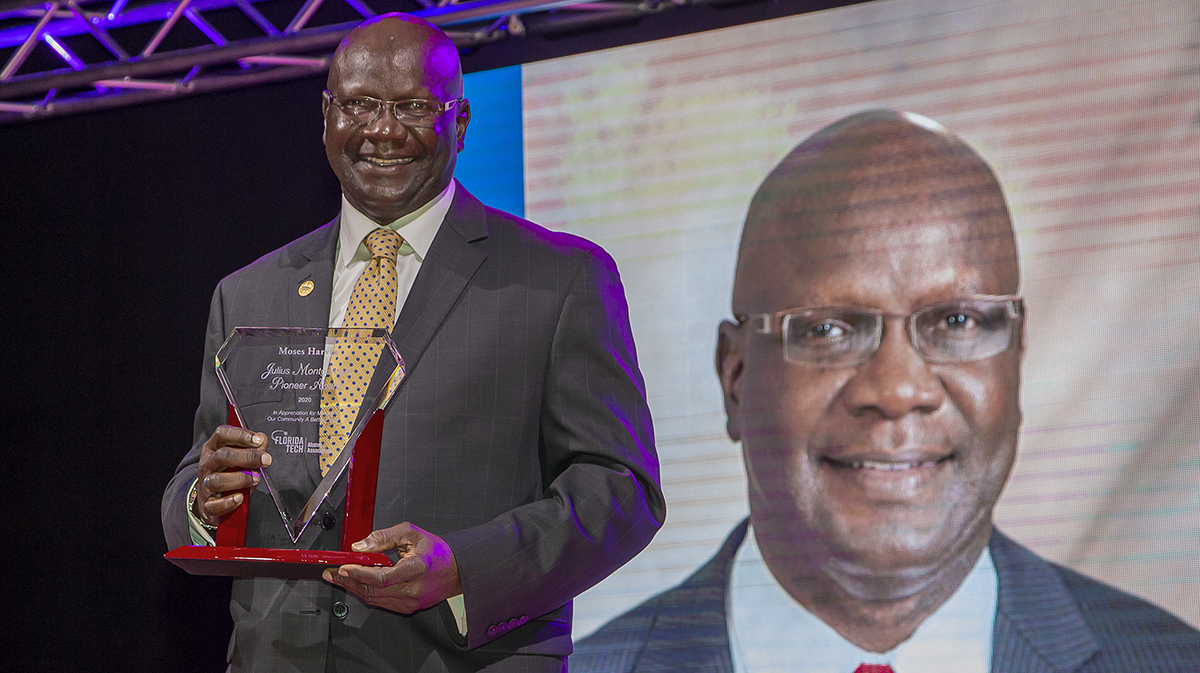 Harvin received the award Monday during a celebration of the life and achievements of the Rev. Dr. Martin Luther King Jr. at the university’s Gleason Performing Arts Center in Melbourne.

“It’s very humbling to receive the award because so many people deserve it,” said Harvin. “We’re all striving for the same thing, which is to serve our community to the best of our ability.”

The Pioneer Award is named after Julius Montgomery, who made history in 1956 when he began work as an electronics technician at Cape Canaveral, becoming the first African-American to work there in a role other than janitor.

Two years later, he was the first African-American student to sign up for classes at Brevard Engineering College, the Melbourne school that opened in 1958 and would later be renamed Florida Institute of Technology.

Now 90, Montgomery was awarded an honorary doctorate at the ceremony for his groundbreaking contributions. UPDATE: Julius Montgomery died on January 22, nine days after this ceremony. Read more about his remarkable life in his obituary in the New York Times. 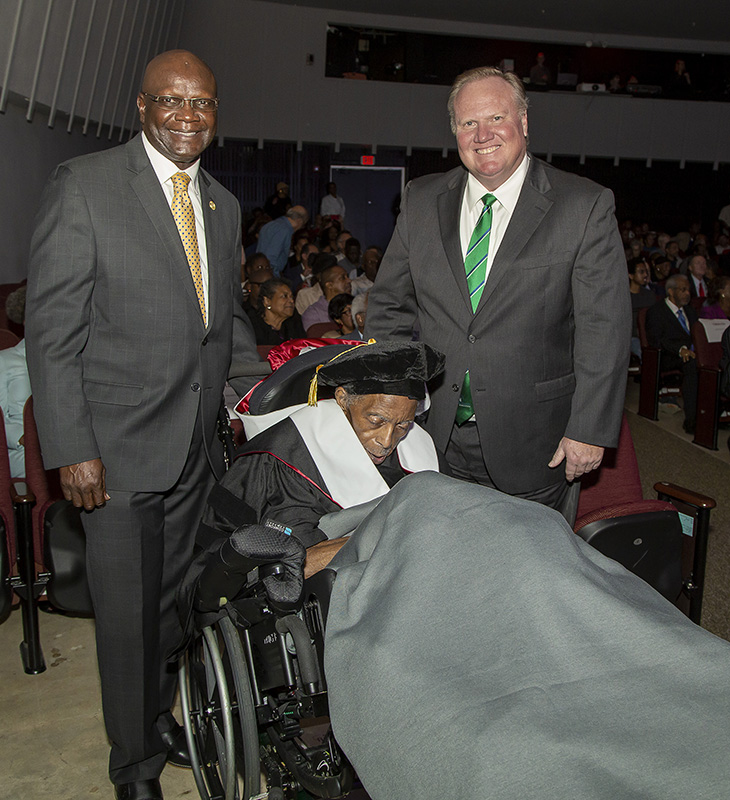 A graduate of Claflin University and Webster University, Harvin had a distinguished career in the U.S. Army, achieving the rank of major and serving as a decorated Gulf War veteran. He received the Bronze Star as well as other honors.

He is a past chairman and current member of the EFSC Board of Trustees, where he has played a key role in transforming the college since 2012 with more than 60 new programs, including Bachelor Degrees, and new facilities and services to help students succeed.

“Moses’ vision for the future of our college is a major reason for what we have accomplished and what we still plan to do,” said Dr. Jim Richey, EFSC’s President.

“Thanks to his leadership and that of the other trustees, we have the largest minority student enrollment in our history, giving students from diverse communities a wealth of educational and career opportunities.”

Harvin is also a member of the Board of Trustees of Claflin University and was the first African-American to be elected chairman of the board at the Cocoa Beach Area Chamber of Commerce.