December 12, 2019 - Graduates and their families celebrated Thursday with cheers and a warm embrace from the crowd as Eastern Florida State College held two Fall Commencement ceremonies. 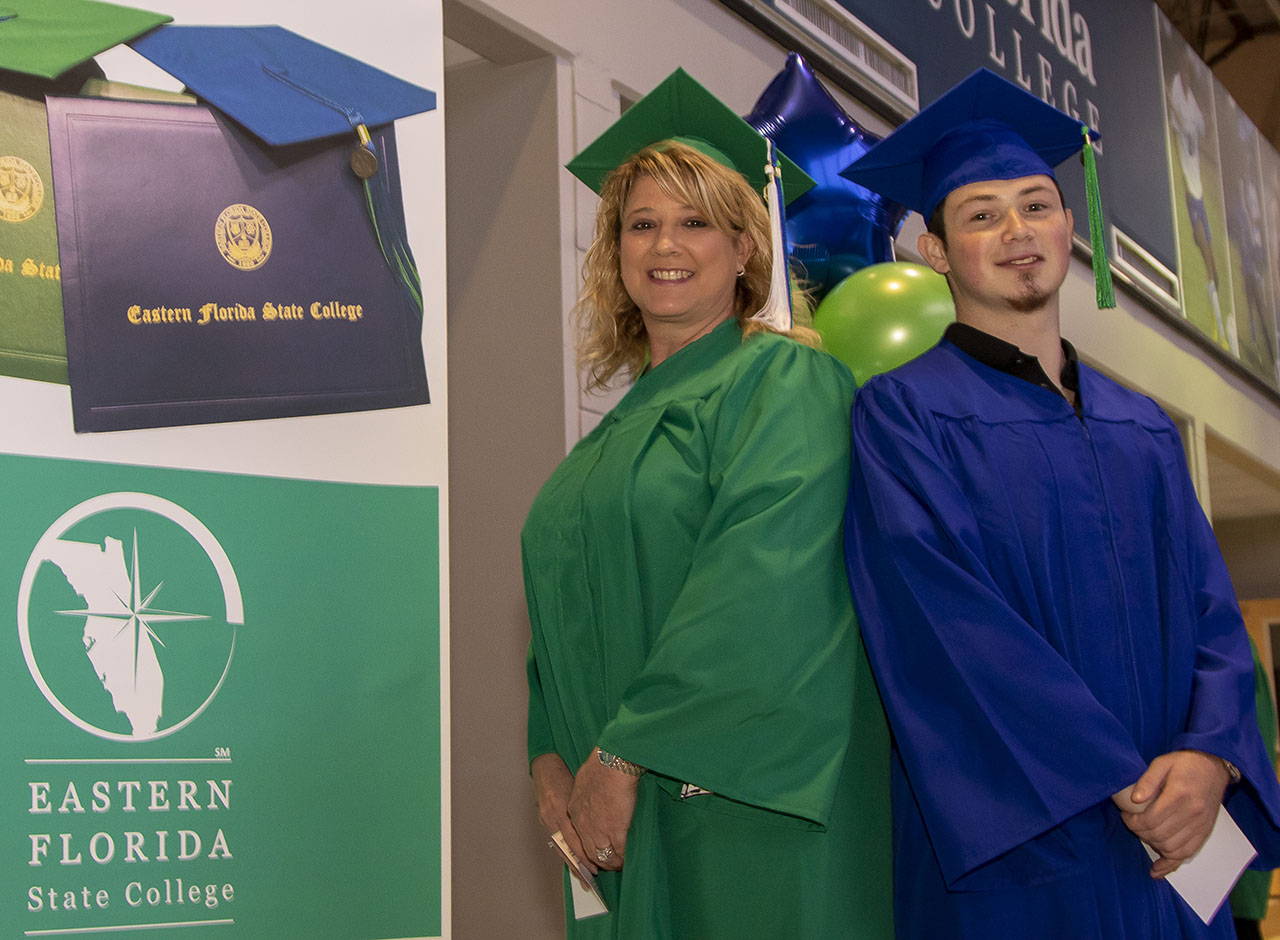 Mother and son Sherri and Anthony Greteman shared a home office as they worked toward their EFSC degrees, with both family members graduating at Fall Commencement.

In all, 1,200 students were eligible to graduate during the ceremonies at the King Center for the Performing Arts on the Melbourne campus.

Among them were mother and son graduates Sherri and Anthony Greteman who followed each other across the stage at the 3 p.m. ceremony.

Sherri, who works full time as a process analyst at Collins Aerospace in Melbourne, is earning a Bachelor of Applied Science degree in Organizational Management - Human Resources Specialization, and Anthony is receiving his Associate in Arts degree.

Sherri Greteman previously earned Engineering Technology Associate in Science and Associate in Arts degrees at EFSC and hopes the added Bachelor's diploma will allow her to move into a management role.

She credits EFSC's flexible scheduling and multiple semester options, such as eight-week minimesters, with allowing her to successfully combine her job and coursework.

Her son Anthony, who also works full time at Collins Aerospace as a certified mechanical operator, plans to take additional pre-requisite courses at EFSC in the spring before transferring to a university-level mechanical engineering program.

"It was definitely cheaper to go to a community college and get my A.A.," he said. "It was also a benefit because the classes are not so huge and it was easier to retain information and talk to the professors one-on-one when you have questions." 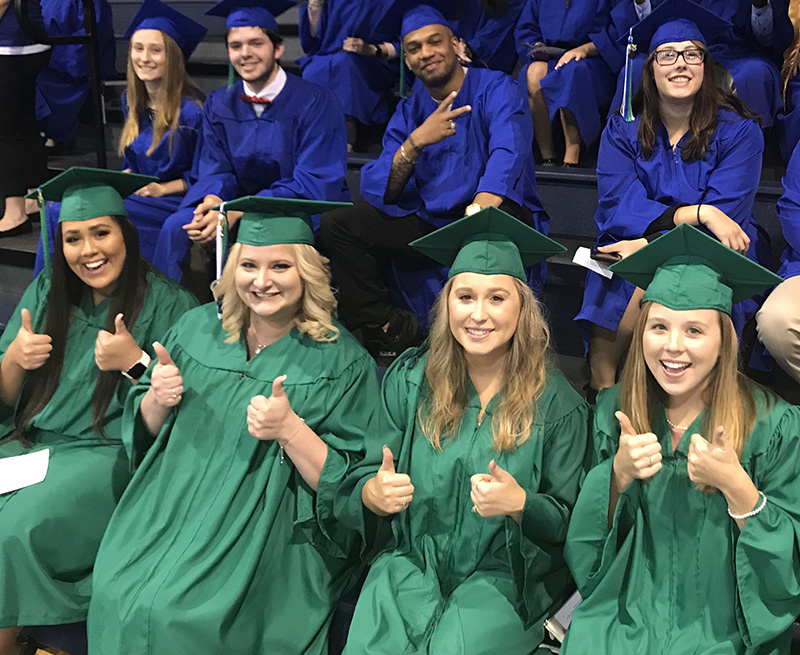 EFSC President Dr. Jim Richey congratulated all the graduates for striving to achieve their goals and not letting any obstacle stop them.

“Your hard work has paid off. Your dedication has paid off. Most importantly, your belief in yourself has paid off,” he said. “Together, you comprise a wonderfully rich mosaic of people, cultures and creeds, of unbridled hope in the future, of the best that our community has to offer.”

Richey also asked students to take the lessons they learned and remember the role the college played in “helping you build the foundation of your life.”

The graduates join more than 120,000 others who have earned their degrees from the college since it opened in 1960.

Commencement ceremony replays can be viewed on the College’s YouTube channel at bit.ly/efscwatch.

Graduates, family and friends are encouraged to post their photos and videos from the day on social media using the hashtag #EFSCgrad.

To learn more about EFSC and the many programs it offers on campus and online, visit easternflorida.edu