EFSC Board Honors Five for Outstanding Work Benefiting the College

December 9, 2019 - The Eastern Florida State College Board of Trustees honored faculty and staff members and public officials Monday for their work benefiting the College. 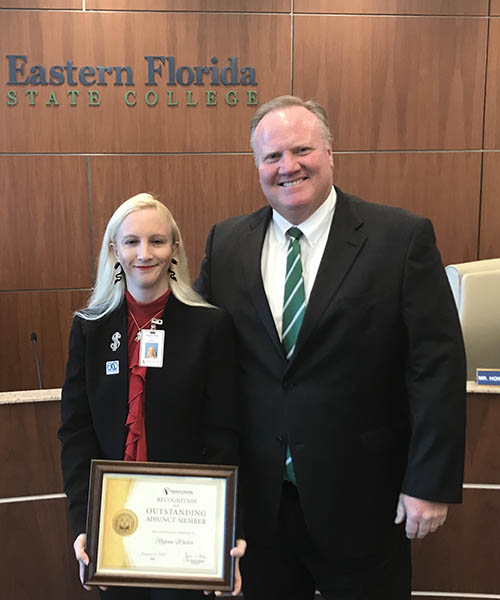 Regina Weiler, who teaches speech on the Palm Bay Campus, was named an Outstanding Adjunct Faculty member for teaching excellence.

Weiler started at EFSC as a dual enrolled student at age 13 and graduated three years later with an Associate in Arts degree.

She began teaching as an adjunct in 2011 and has been at EFSC ever since.

"Regina is seen by her students as enthusiastic and knowledgeable in her discipline, and is passionate about helping them learn. She’s truly an exceptional educator," said Dr. Sandy Handfield, the Melbourne Campus Provost. 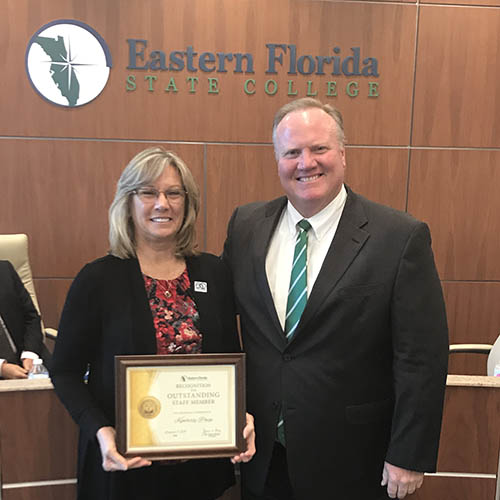 Kimberly Paige was named an Outstanding Staff Member for her work as Coordinator of the Military Veterans Service Center on the Cocoa Campus.

Paige was cited for her dedication in helping veterans receive the education they need to transition to civilian life and in bringing vital Department of Veterans Affairs services to EFSC.

"We are extremely fortunate to have someone of Kimberly’s abilities and love for veterans working at the College. She sets an example for all others to follow," said Jack Parker, Vice President for External Affairs. 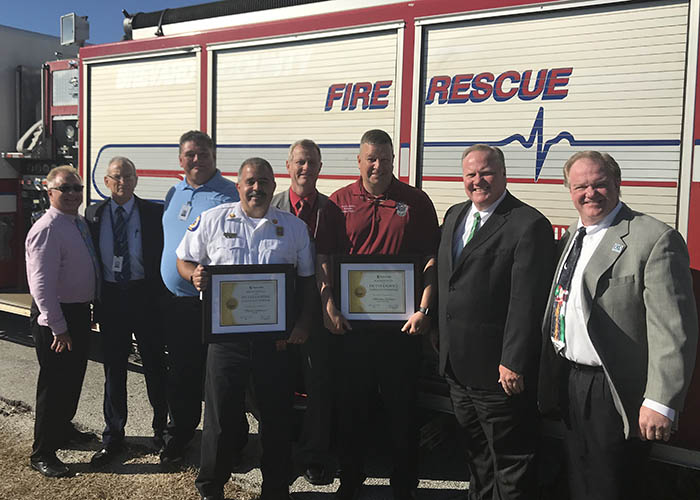 "Their efforts will result in a safer and better equipped Fire Training Center and better trained fire-rescue personal, and that means improved safety for our citizens and fewer injuries to our first responders," Parker said.