October 25, 2019 - The Melbourne Regional Chamber has honored Dr. Linda Miedema for her role in significantly expanding career opportunities for Eastern Florida State College students and making a major contribution to the community. 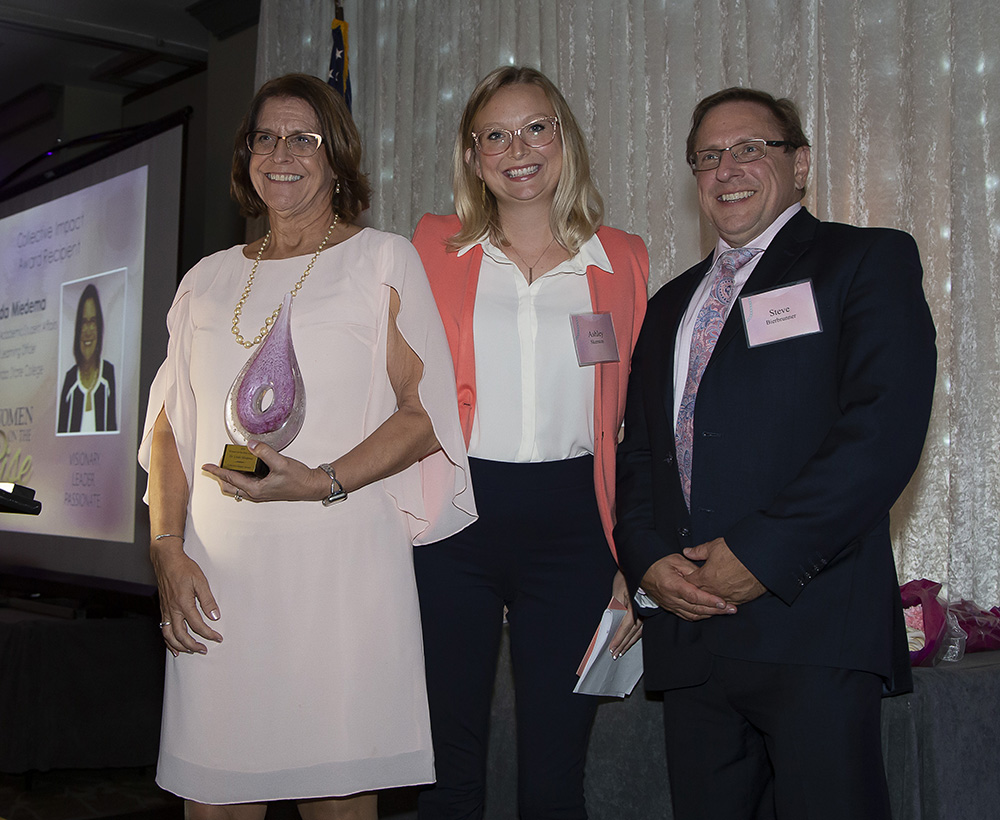 The Chamber named Miedema, the College’s Vice President of Academic and Student Affairs and Chief Learning Officer, a "Woman on the Rise" Thursday and presented her with its "Collective Impact Award."

The award goes to what the Chamber called a "local exceptional woman business leader" who demonstrates dedication to her profession and close collaboration with other segments of the community.

"I’m truly humbled to receive this award," said Miedema. "I work with an outstanding team at the College who are committed to helping students succeed and serve the residents of the Space Coast. I’m very fortunate to play a role in making that happen."

College President Dr. Jim Richey nominated Miedema, saying she is a "tireless, passionate leader" who has helped change the face of higher education in Brevard County.

"Dr. Miedema is one of the most exceptional people I have ever worked with. Her ideas and energy are boundless. She works behind the scenes and shuns credit for her efforts, yet her impact on the College and our community has been profound," he said.

Richey said Miedema has been a driving force in helping EFSC achieve the following:

"The result of these efforts has improved the lives of students, fueled growth in local companies and made the college a key player in economic development in Brevard County and Central Florida," said Richey.

The second annual ceremony was held at the Crowne Plaza Melbourne Oceanfront, where the Chamber also presented three other "Women on the Rise" awards. They were: