9 AM, Sunday Update: EFSC officials are closely monitoring the track of Tropical Storm Ian, which is expected to become a major hurricane and impact Florida's west coast and other regions of the state including Central Florida. Now is the time to review preparation tips. Brevard County has opened a sandbag pick-up location on EFSC's Palm Bay Campus in the north parking lot from 8 AM to 6 PM Sunday, which could impact campus traffic patterns. Updates will be shared here and via text and social media alerts as needed.

October 7, 2019 - The Eastern Florida State College Performing and Visual Arts Department will present a modern adaptation of the Sophocles' tragedy “Antigone” on the main stage at the Simpkins Fine Arts Center in late October and early November. 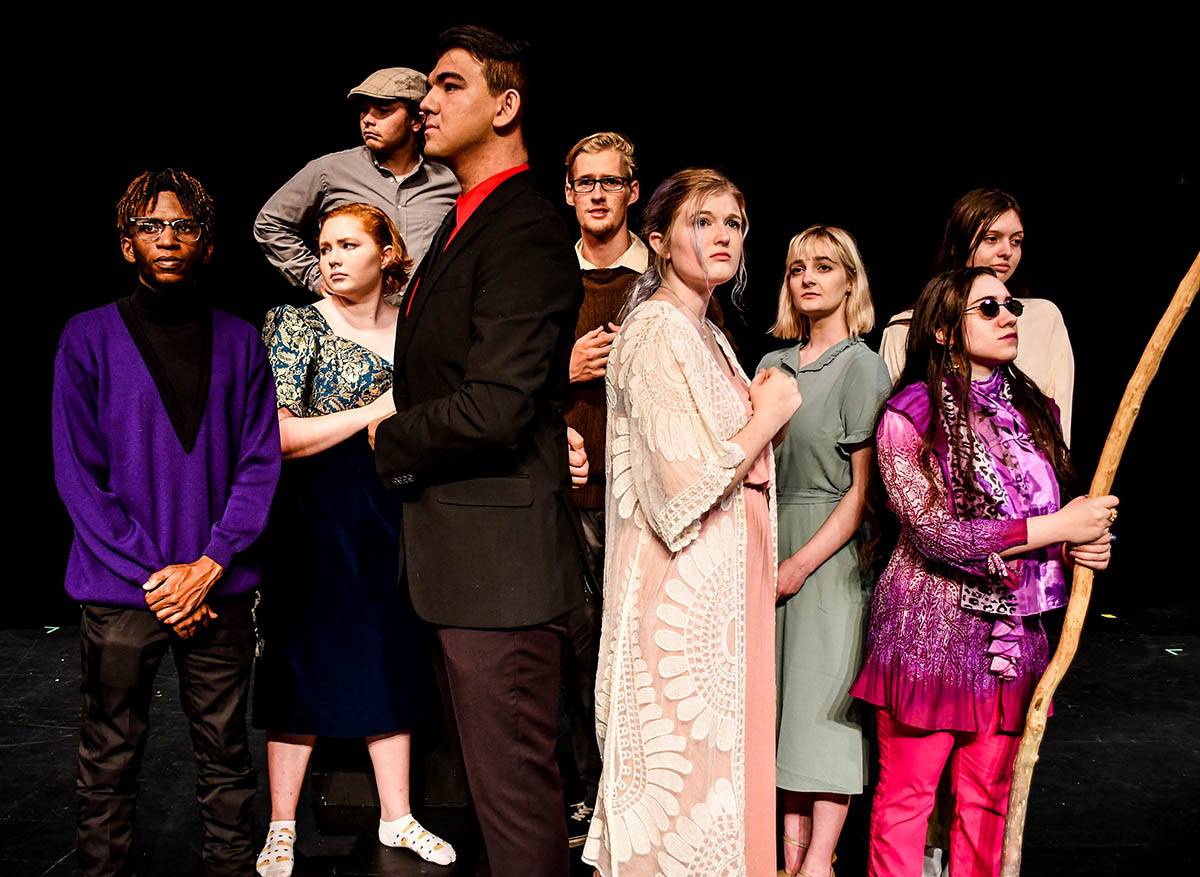 The Simpkins Center is located in Building 4 on EFSC's Cocoa Campus, 1519 Clearlake Rd.

Performances will be held as follows:

In this well-known Greek play, Thebes’ civil war has ended and Creon, the ascending king, has ordered that the fallen dead of the opposing army cannot be buried. Antigone defies this edict, choosing to bury her brother, claiming that her allegiance is to a higher law – that of love.

This modern adaptation of an ancient Greek tragedy raises timely questions about speaking truth to power and the consequences when leaders refuse to listen.

Tickets are $10 general admission for adults, if purchased in advance online at efsc.booktix.com. Tickets are $15 at the door. All students are free with valid student ID.

A portion of the ticket sales will be used to support performing arts scholarships at EFSC.

“One of our missions at the College is to provide opportunities for our students to grapple with great dramatic world literature,” said Jeanine Henry, Assistant Professor of Theatre.

“This adaptation of 'Antigone' allows students to perform one of the classic plays of all time and provides a myriad of acting challenges.”

“Patrons will also notice some changes at the auditorium. We are modifying our main stage, a traditional proscenium theatre, into an intimate thrust stage, thus allowing our students to have the experience of performing in a space with the audience on three sides of the actors.”

“In addition to providing an interesting acting challenge, this intimate stage configuration draws the audience into the action, making them another character in the play.”

For more information on the EFSC Performing Arts Program, visit easternflorida.edu/go/arts or call (321) 433-5200.