October 1, 2019 - There are success stories and then there is Suneera Madhani.

In the past five years she has started her own company, raised $20 million in venture capital, seen triple-digit growth each year, expanded into multiple cities and hired 100 employees. 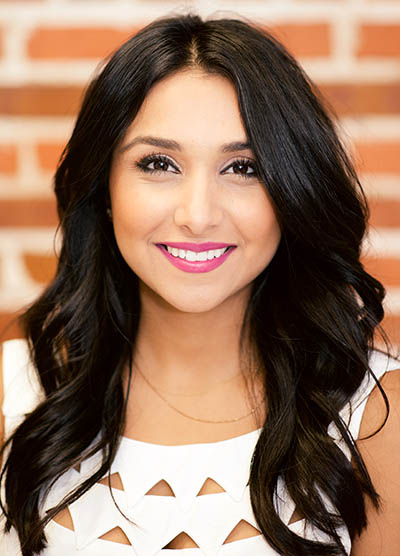 In doing so, she has disrupted the business payments and credit card processing ecosystem and made her firm, Fattmerchant, the talk of the business world.

Madhani will bring her inspirational story to Eastern Florida State College on Tuesday, Oct. 22, as part of the Simpkins Entrepreneur Series.

The college and Florida Today co-sponsor the series with lectures free and open to students, faculty, staff and the public.

Madhani will speak at two locations:

After graduating from the University of Florida with a degree in finance, Madhani started at a top consumer products company and moved into merchant services.

It was then she realized “how horribly non-transparent the payments world was where so many truths are hidden behind lengthy invoices, shady contracts and vague language.”

She struck out on her own and created Fattmerchant with the promise “to be transparent and provide value to every business that processes payments.”

“I worked with an incredible team and network to build the company from the ground up, and I’m so proud of everything we’ve accomplished. We’ve processed more than $2 billion in transactions,” she said.

Her accomplishments have led Madhani to be named among Florida’s 500 Most Influential Business Leaders by Florida Trend, and CEO of the Year and Young Entrepreneur of the Year by the Orlando Business Journal.

EFSC President Dr. Jim Richey calls Madhani “one of the most exciting speakers in the lecture series history” and says students and the public can learn much from her experience.

“She is an exceptional leader with the kind of drive and new ideas that are transforming our economy, and a strong role model for others to follow,” he said.