Speaker Tells EFSC Audience That Faith in Yourself Brings Success

March 26, 2019 - Charles Clark has a simple yet important message about life:

Have faith in yourself, especially during the most difficult times, and you will find success. 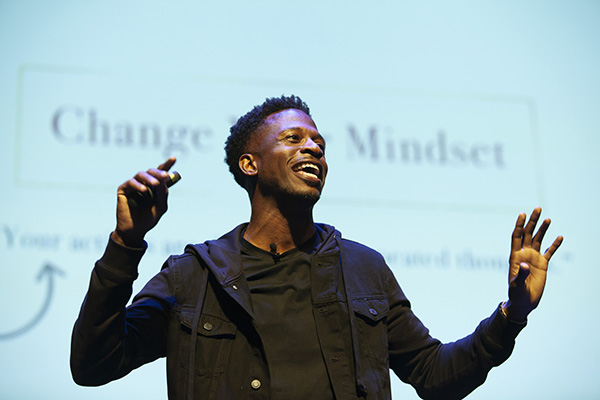 The former Florida State University world-class sprinter faced a personal crisis when illness ended his athletic career and he wound up seemingly down for the count.

However, he put his life back together, started an international consulting firm and now dedicates himself to motiving young people to reach their goals.

Clark told his story Tuesday to students at Eastern Florida State College as part of the Simpkins Entrepreneur Series during appearances on the Cocoa and Melbourne campuses.

“I want you to be all in by accepting responsibility for who you are. When that happens, amazing things can happen.”

Clark was the sixth fastest man in the world at the IAAF Track and Field World Championships in 2009 before his career ended at age 24.

He wound up living back at home with his mother and fighting depression with no prospects for the future.

Then he used the same grit and determination that forged his athletic success – and that earlier helped him overcome academic problems in school – to acheive his goal of starting his own business.

He also founded the Charles Clark What Matters Foundation to teach youth and young adults how to prepare for careers through education, fitness and health.

“The size of your faith is the measure of your goal,” he said. 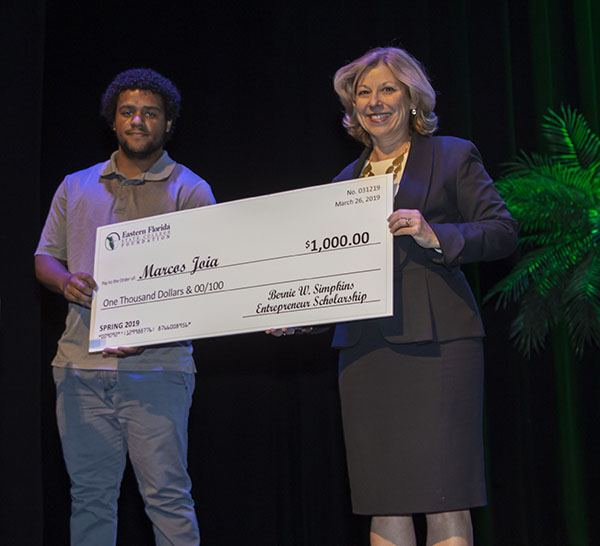 Joia, who is studying for his Bachelor’s Degree in Organizational Management with a concentration in Banking and Financial Management, has a 3.86 GPA and is a mentor at the Patrick Air Force Base Youth Center.

The first generation college student wants to open a custom auto fabrication and performance shop and become what he calls the “go-to guy” for custom automotive needs.

The Simpkins lectures are held twice annually at EFSC. They are named after Bernard Simpkins, a highly successful entrepreneur and Space Coast business leader who established the sessions that have brought some of nation’s top business leaders to Brevard.