March 14, 2019 - The King Center for the Performing Arts will undergo major renovations this summer to modernize key areas of the building and replace its aged air conditioning and heating system.

Called “Keeping the King Center Cool,” the project is the most extensive renovation since the facility opened in 1988, and is the top priority of the organization as it nears its 32nd season on the Eastern Florida State College Melbourne Campus. 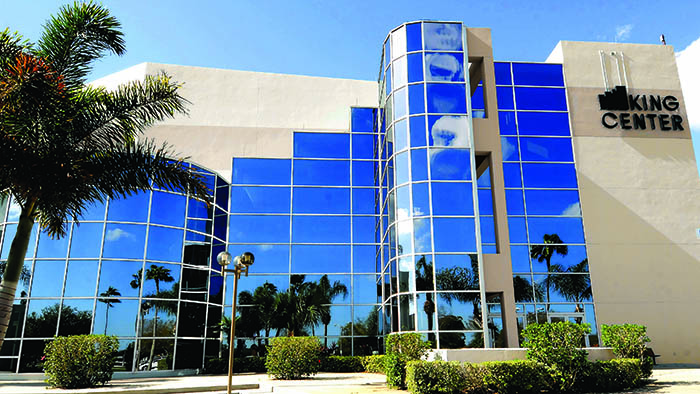 The King Center will have limited performances on its main stage from June through October while the work occurs. The box office and administrative offices will remain open as its staff continues booking future shows.

“This is a very exciting project that’s going to be great for our patrons and our entire community,” said executive director Steve Janicki. “We’re eager to get started.

“Meanwhile, we’re busy booking some amazing shows for this fall and winter, and will have big surprises in store when the work is completed and we kick-off our new season.”

Funding for the $3.6 million project will come primarily from the King Center’s endowment, which consists of money from state grants, corporate sponsors and private donations.

The remaining funds will come from an expected State of Florida Cultural Affairs Grant and an appropriation from the college.

The work consists of two parts. The first involves modernizing major parts of the building at a cost of $1.9 million. The work includes:

The second part focuses on replacing the building’s old heating, cooling and ventilation system at a cost of $1.7 million.

Dr. Anthony Catanese, chair of the King Center’s Board of Directors, said the project will ensure the facility remains a vital center for the arts on the Space Coast.

“Through our fundraising efforts, our investments in our endowment, and support from the college, we will be able to accomplish what I think is going to be the most important renovation in our history,” he said.

Said Kim Vice, chair of the King Center’s Building Refresh Committee: “I think the community is going to be very excited when they walk up to the building and see something new.”

BRPH Architects and Cape Design Engineering of Melbourne were selected to design the King Center renovations and HVAC system, respectively. M. H. Williams Contractors of Melbourne will perform the work.

The King Center Board of Directors is also eyeing a second phase renovation project in a few years.

That plan calls for creating a new outdoor patio area and adding a rooftop terrace to enhance the pre-show experience for patrons, along with renovating existing restrooms and adding more.

It is hoped the funds required for the second phase can be raised through an ambitious community based capital campaign the King Center Board is now planning.

For more information on the project and to donate to the King Center, visit www.kingcenter.com.

The King Center is a 501(c)(3) not-for-profit organization and a direct support organization of Eastern Florida State College. Since 1988, the six-story, 100,000-square foot facility has been dedicated to presenting educational, cultural and community events.