EFSC Achievements a "Game-Changer" for the Space Coast

December 6, 2018 - A wealth of new programs at Eastern Florida State College that can lead to excellent careers for students has been a "game-changer" for higher education along the Space Coast.

That was the message Thursday from EFSC President Dr. Jim Richey, who discussed the college’s achievements before the Melbourne Area Chamber of Commerce.

About 200 members repeatedly applauded Richey’s remarks at the King Center for the Performing Arts on the Melbourne Campus as he outlined the college’s progress. 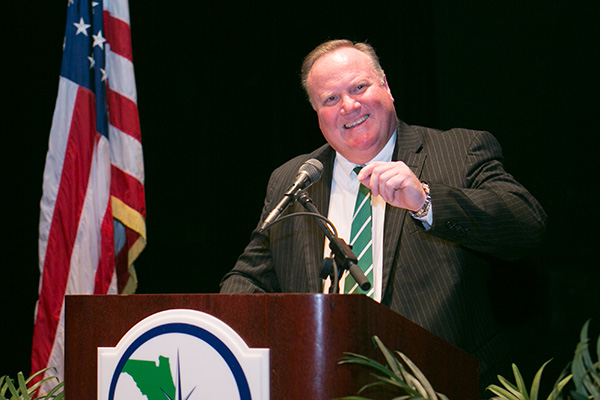 "Everywhere you look, we have new initiatives underway that are making the college a vital center for higher education and workforce development along the Space Coast and in East-Central Florida," he said.

In particular, EFSC has launched nearly 60 new programs in the past six years, the fastest expansion of academic degrees in the college’s nearly 60-year history.

"No other college or university has been able to do what we have done these last several years," he said.

The programs include nearly 20 Bachelor Degree tracks in the fast-growth job fields of Business, Health Care and Computer Technology.

About 7,000 students have enrolled in all the new programs since they began, boosting their career prospects and earning power, and providing business and industry with skilled employees, Richey said.

Importantly, the college has not raised tuition for seven straight years, keeping an EFSC education within financial reach and making it one the most affordable public colleges in Florida and the nation.

"A student can now start here and earn a College Certificate, then move on to an Associate Degree and then seamlessly earn their Bachelor’s Degree.

"Because of the recognized high quality of each of those degrees including the prized Bachelor's Degree, that same student can apply and be accepted into any graduate or professional school nationwide."

Richey went on to describe a number of other initiatives that have helped earn Eastern Florida a prestigious Gold Performance Rating from the Florida Board of Education. 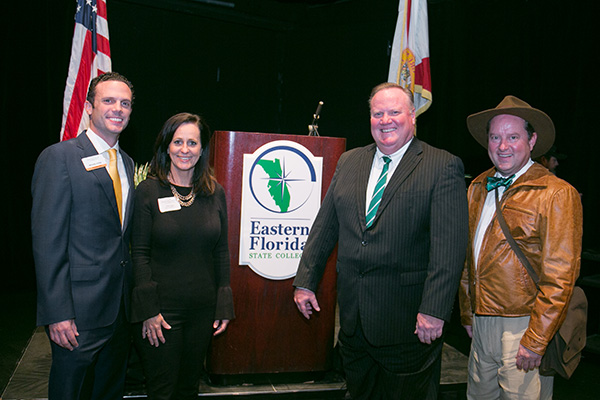 He closed his address by saying the college is "very proud of our diverse student body, with minority student enrollment at an all-time high."

He also said EFSC athletic teams are "some of the best in the country, with teams regularly vying for national championship titles in the NJCAA."

"Please know that I value your ideas and input on how to make Eastern Florida State College better," he told the Chamber.

"Working together, we can make certain the college helps fulfill the dreams of our students now and for generations to come. We will all be better for it."