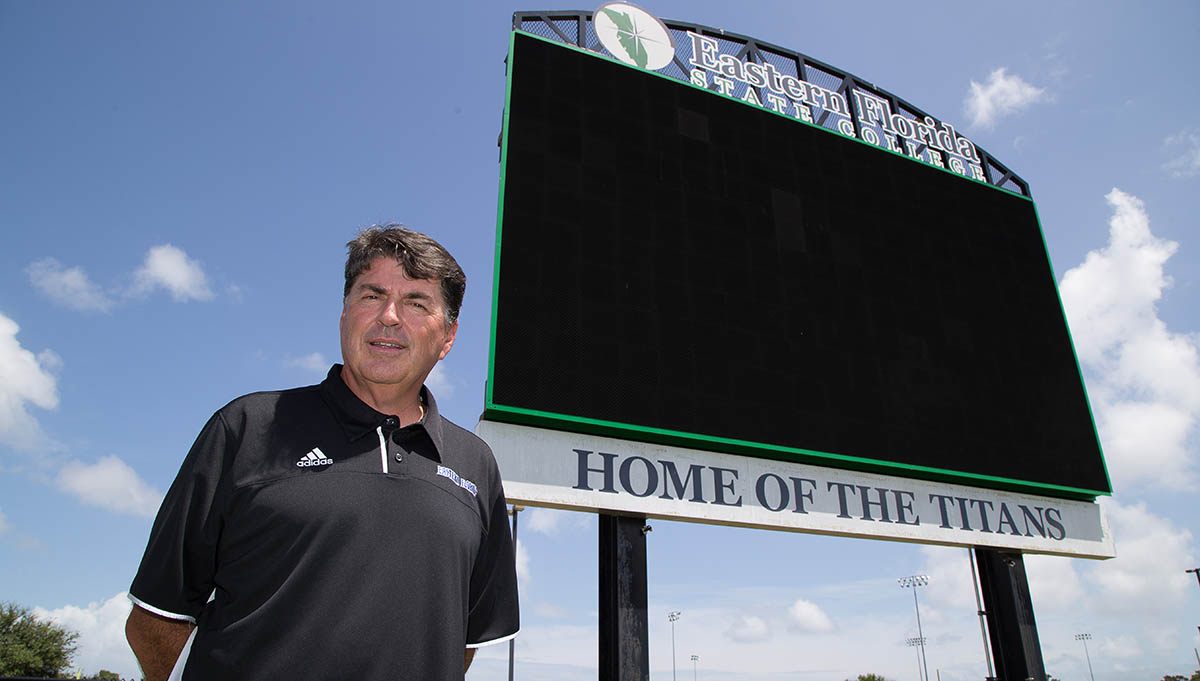 While this marks his final season as the women's head coach, he will continue in his role as Associate Vice President for EFSC Athletics.

Carr announced earlier in the season that he will be stepping down as head coach following the season.

The Newcastle, Ontario native has built the Eastern Florida State College women’s soccer program from the ground up, literally.

“That first year we went all over the place. We had an old field where the stadium is now that had a big tree on it. It was really rough and had fire ants all over it. We practiced there once or twice and realized that wasn’t going to work,” Carr said.

“So sometimes we would practice in the outfield of the baseball field and we finally ended up getting permission to practice at Wickham Park but I had to haul all of the balls, water and everything in my car — we were just nomads.”

Eight seasons later, Carr has won 116 games, eight Region 8 championships and the program has one of the best facilities in junior college.

“We have come so far in such a short amount of time. It’s rewarding to see the young ladies graduate from here and go to UCLA, Tennessee, Alabama, all over the place,” Carr said.

“After that first year we were really competitive right away and fortunate enough to get a break here and there. I feel the program is on sound footing and whoever the new coach is can carry that on and do even better.”

But before he hands the clipboard off, Carr wants to add one more trophy to his case, a national championship.

The Titans made it through the tournament's pool-play format all the way to the championship game twice, in 2012 and 2015 and played in the tournament's national semifinal match four times in the past six seasons.

The semifinals will be on Friday with the championship scheduled for Saturday, Nov. 17. Visit the NJCAA website for more tournament news, including links to the online pay-per-view streaming service.

Carr will also have his athletics administrator hat on in Alabama next week as he keeps an eye on how the men's soccer team is doing in Daytona Beach where they have also earned a berth in the NJCAA Men's National Championship Tournament.