November 14, 2018 - Eastern Florida State College students will mark an important milestone in their lives Dec. 10 as they celebrate their graduation during Fall Commencement.

Nearly 1,800 students are eligible to graduate at two ceremonies at the King Center for the Performing Arts on the Melbourne campus, located at 3865 North Wickham Rd.

The ceremonies start at noon and 2:30 p.m., with students from the Cocoa and Palm Bay areas graduating at the first ceremony, and those from the Titusville and Melbourne areas at the later commencement.

Doors to the King Center will open one hour before each ceremony with guest tickets required for admission and seating on a first-come, first-serve basis. Graduates who RSVPd prior to the Oct. 18 deadline each receive four tickets, which can be picked up at a Campus Bookstore through Nov. 29 by showing a photo ID and ceremony assignment confirmation sent to the graduate's student email. 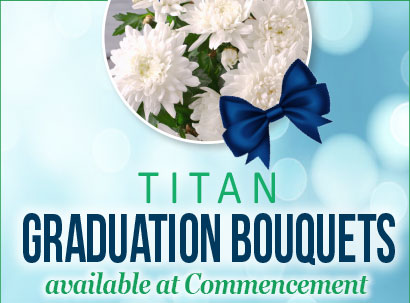 Ceremony attendees are encouraged to share photos via social media using the hashtag #efscgrad plus special commencement Snapchat geofilters will be available inside and adjacent to the King Center.

The EFSC Foundation and Alumni Association is sponsoring a commencement flower fundraiser with $10 bouquets available at the alumni tent outside the King Center on Dec. 10.

The Foundation is also offering graduates a 50 percent discount on engraved Legacy Paver stones that will be placed outside the Melbourne campus Student Union, scheduled to open early next year. Paver sales support EFSC student scholarships and other college initiatives. Ordering information can be found online at easternflorida.edu/go/pavers and will also be available at the alumni tent at commencement.

The fall term graduates will join more than 100,000 others who have graduated from the college since it began in 1960.

Classes are available on all four campuses and online. For more information, visit easternflorida.edu