June 21, 2018 - Vachean Colclough was all smiles after hearing his name announced as the recipient of a two-year academic scholarship to Eastern Florida State College at the 26th Annual P.J. Wilson and Henry Scott Youth Golf Camp awards ceremony. 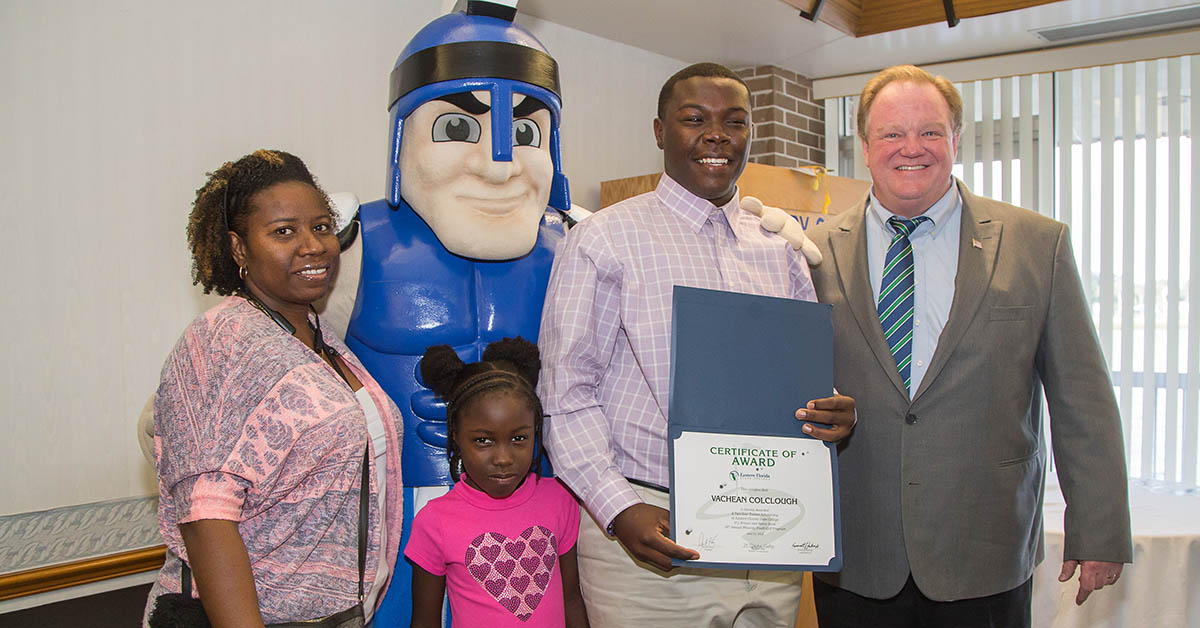 Colclough, a Rockledge High School rising senior, first came to the camp in seventh grade because he could not play football while rehabilitating from surgery.

“I thought it would be fun but I never thought it would change my life like this,” Colclough said. “I was horrible when I started and over the years I have seen my score just get better and better. It has been an amazing experience. It is such a blessing.”

“It’s a big thing for myself and my family. Everyone in my family has gone to college and so for me to get to further my education is important and this scholarship is really going to help me achieve my dream. I am really happy,” Colclough said.

Over 70 young golfers were honored with certificates and had their photo taken with the college's mascot, Mr. Titan, during the awards ceremony at EFSC's Cocoa campus. 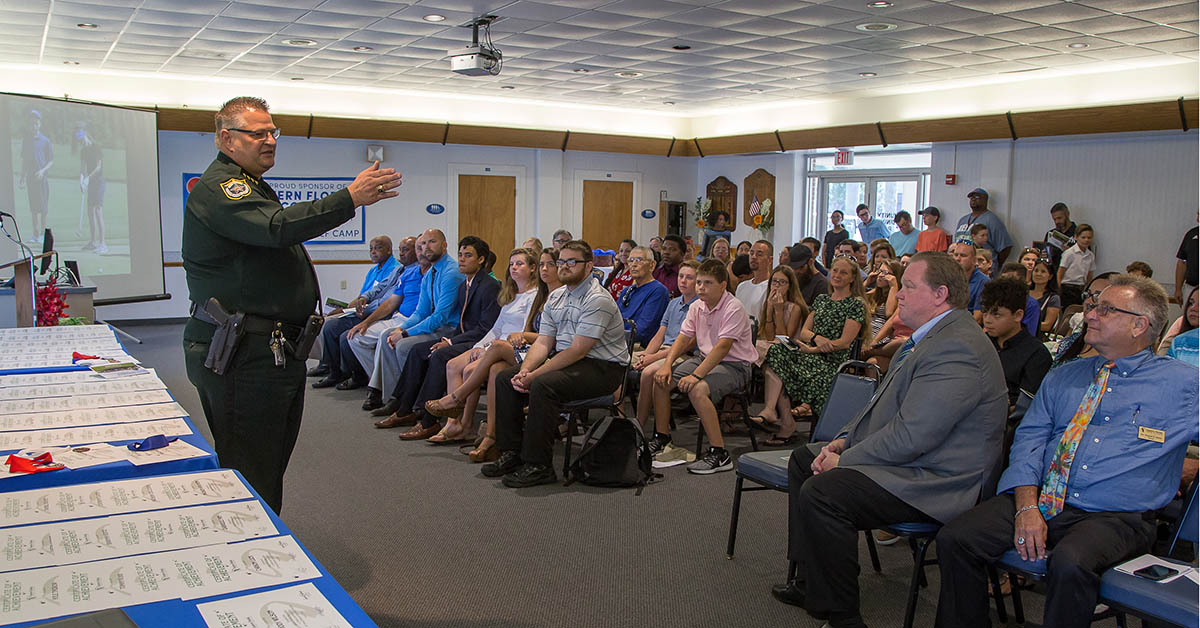 Brevard County Sheriff Wayne Ivey was the guest speaker and talked to the group about mentorship and being the best that they can be every day.

“Focus on what you are going to do each and every day. Every one of you is a son or daughter, so be the best son or daughter that you can be,” Ivey told the group.

Ivey shared stories of his father and how much he learned from his parents growing up and the importance of family.

He finished with a quote from the late college basketball coach Jim Valvano: "You plus motivation equals success."

Such life lessons have always been a main focus of the two-week free camp, which began in 1992 under the guidance of P.J. Wilson and Henry Scott, two African American golf professionals in Brevard County.

“Every dream you have is possible — you are the one who determines whether it comes true,” Ivey said.