June 13, 2018 - Eastern Florida State College Professor John Hilston, who teaches Economics and American History on the Palm Bay Campus, has been chosen as one of eight recipients of the 41st Annual Leavey Awards for Excellence in Private Enterprise Education, an honor that includes a $7,500 cash award. 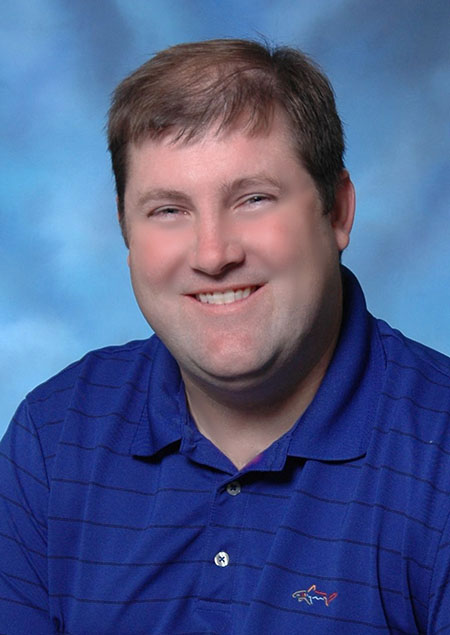 The Leavey Awards recognize educators at the college, junior and senior high school and elementary levels for innovative and effective techniques in teaching entrepreneurship and free enterprise education.

Hilston was selected based on four initiatives using American History and hands-on learning to enhance the teaching of Economics, including highlighting case studies to explain historic events and Economics principles.

"In short, History is what happened, and Economics is why it happened," said Hilston. "While these disciplines are often located in different departments, it is my firm belief that they go hand-in-hand. Presidents and wars are interesting and important to study. But the successful entrepreneur can be at least as important, and his/her contribution might be longer-lasting."

Other initiatives included interactive games he calls "experinomics," redesigning courses to include popular culture and attention-grabbing video clips, and hosting the biannual Freedom Lecture Series which features distinguished local and national figures to discuss topics related to the expansion of personal and economic freedom.

A recent speaker was small businessman Joe Mertz who agreed to take part in an interactive learning experience with Hilston's students.

"My Introduction to Business class was assigned to write proposals for a business that they would like to start. These proposals were forwarded to Mr. Mertz for his evaluation and the student-authors of the three best proposals were recognized," said Hilston, who has taught at the College since 2007. "The goal was to replicate some of the best features of the ABC show “Shark Tank”."

Dr. Hilston is a former Industrial Project Engineer who earned his Bachelor’s degree from Grove City (PA) College, his Master’s degree in Economics from Cleveland (OH) State University, and his Doctorate in Higher Education Leadership from the University of Central Florida.

His award will be presented during the week of July 22-27 at Freedoms Foundation at Valley Forge during the Building the Nation: Entrepreneurs in American History Graduate Seminar.