May 7, 2018 - Eastern Florida State College student Ethan Bailey-Gould, a rhythm guitarist in the EFSC Jazz Band, will train this summer through an intensive Carnegie Hall program that includes a concert at the famed New York City venue and a European tour. 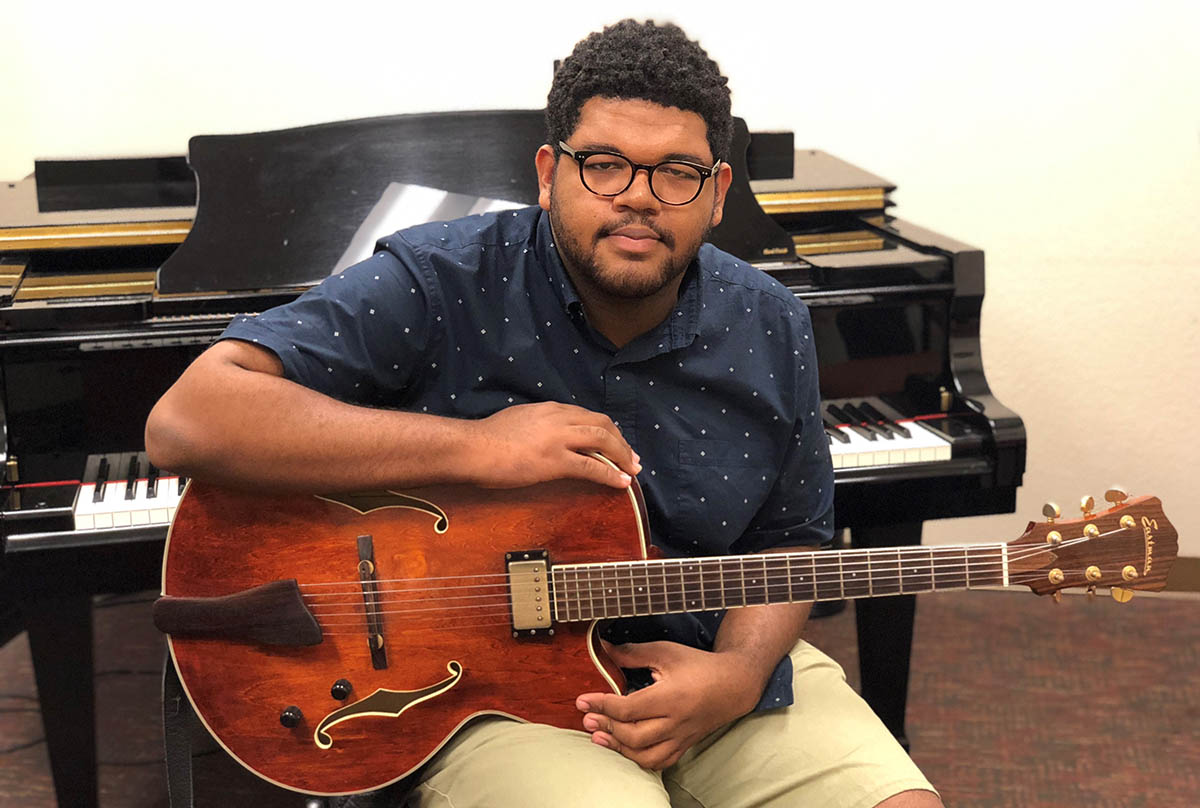 Bailey-Gould is one of 22 students chosen from 250 applicants for the inaugural NYO Jazz, an intensive four-week summer program for jazz instrumentalists ages 16 to 19 that grew out of Carnegie Hall's critically acclaimed National Youth Orchestra.

He began playing guitar nine years ago, graduated from Melbourne High School last year and is working toward an Associate in Arts degree with a music emphasis at Eastern Florida's Performing and Visual Arts Department on the Cocoa campus. He plans to move on to a university-level bachelor's in music program.

"I saw an advertisement on Facebook and submitted my application, which included videos of me playing," said Bailey-Gould. "The chance to play with a lot of really talented musicians is what I'm most excited about."

The all-expenses paid NYO Jazz program is designed to give young musicians the opportunity to perform as cultural ambassadors on an international stage and share a uniquely American musical genre with cultures around the world.

Led by trumpet player Sean Jones, one of the field’s outstanding performer-composer-educators, NYO Jazz will perform on the Carnegie Hall stage July 27 before concert stops in the Netherlands, Germany, and Great Britain.

Bailey-Gould says his brother, who plays the drums, encouraged his love of jazz.

"Ethan is a very quiet student in our music classes, however, when he plays guitar, he becomes a star of the classroom," said EFSC Performing Arts Department Chair Dr. ChanJi Kim. "We can’t wait to hear his story about his challenging 'music making' summer in New York and Europe."

The young musicians will begin their training residency in mid-July on the campus of Purchase College, State University of New York, culminating with the Carnegie concert and July 30 to August 10 international tour.