May 31, 2018 - Eastern Florida State College has received a nearly $3.8 million state grant to train Floridians for jobs in aerospace and advanced manufacturing as part of a major initiative from Gov. Rick Scott.

“Florida’s economic growth is continuing to outpace the nation because of our nonstop focus on creating jobs in every corner of our state. When we created Florida’s Job Growth Grant Fund, we knew that this targeted and transparent approach would pay huge dividends for local communities,” said Scott

“I’m proud to award nearly $10 million more in funding, and look forward to these projects enhancing our ability to meet the growing infrastructure and workforce needs of Florida’s booming private sector.”

Aerospace, high-tech and advanced manufacturing businesses and industries along the Space Coast will also benefit through a “talent pipeline” of skilled employees into their ranks, he said.

“We’re very grateful to Gov. Scott for this important grant,” said Richey. “It will play a significant role in helping us educate and train a new generation of high-tech workers, including for companies launching a new era of human spaceflight from NASA’s Kennedy Space Center.”

The funding comes as aerospace and advanced manufacturing industries are rapidly expanding in Brevard County, ranging from small companies to major space firms such as SpaceX and Blue Origin.

Trained employees are key to their sustained growth and success, with Eastern Florida playing a central role in making that happen. 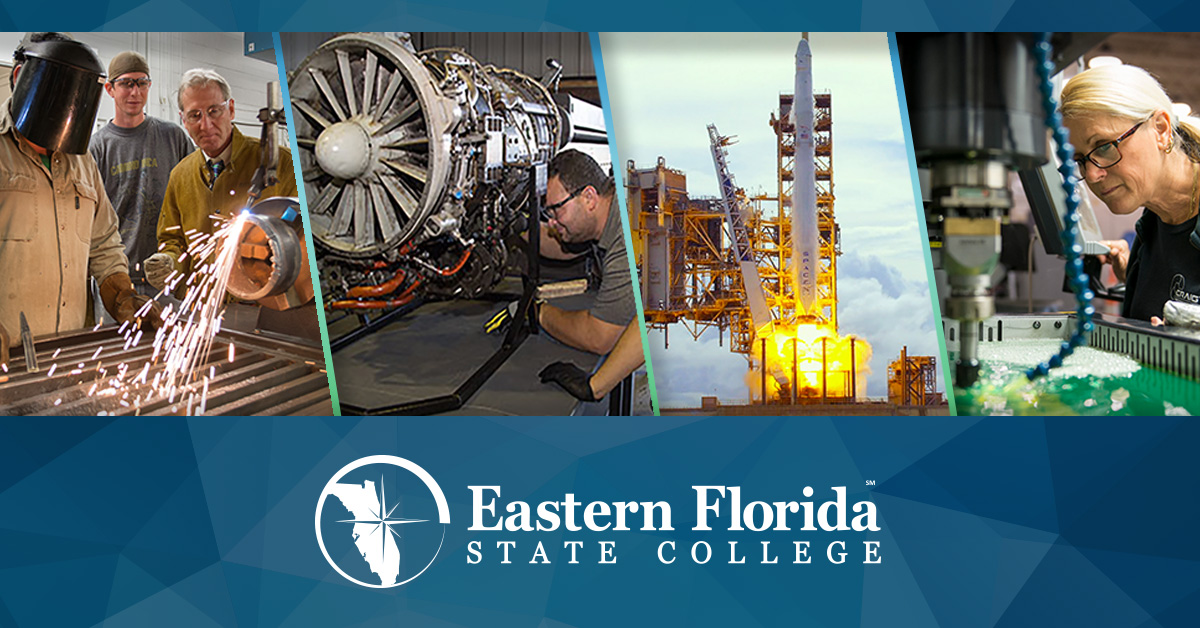 Under the grant, EFSC students can earn a Bachelor’s Degree, Associate’s Degree or College Technical Certificate in more than 25 programs.

Still more programs are in Drafting and Design Technology, Machinist-Fabricator, Welding and Mechatronics, a burgeoning field that combines mechanical engineering, electronics and computing concepts for product design and manufacturing processes.

Students can study in new facilities that include an Advanced Manufacturing Center on the Cocoa Campus and Aviation Center at Melbourne International Airport.

Money from the grant will also be used to ramp-up a new Robotics Lab on the Palm Bay Campus, and a new Mechatronics Lab on the Cocoa Campus.

“We have some of the best facilities of their kind in the state, allowing students to train on the same type of equipment they will find in the workplace,” said Richey.

Other grants announced by Scott include the following:

The Florida Department of Economic Opportunity (DEO) has received more than 246 proposals requesting more than $866 million in funding.

Wednesday’s announcement reflects a total of nearly $70 million in funding awarded to 27 communities across the state to promote infrastructure and job training since 2017.