May 10, 2018 - Students at Eastern Florida State College celebrated a special rite of spring Thursday as they marked graduation in two commencement ceremonies. 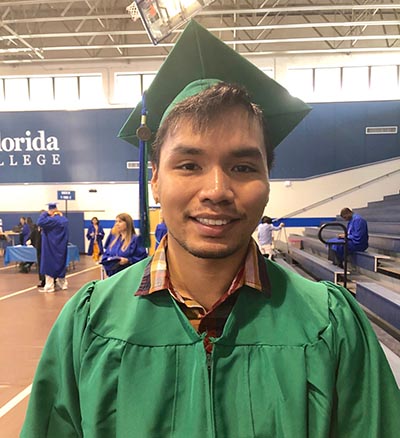 More than 2,100 students were eligible to graduate and walk across the stage at the King Center for the Performing Arts on the Melbourne Campus during  noon and 3 p.m. ceremonies.

Among them was Michael Nguyen who earned a Bachelor of Applied Science in Computer Information Systems Technology with a Cybersecurity specialization.

"I really enjoyed my professors here — they were awesome," said Nguyen, who is now focused on career goals. "I want to eventually go for my Master's, but for now I want to get a job locally at Harris or Northrop Grumman. Go Titans!"

The graduates were praised by Eastern Florida President Dr. Jim Richey, who said they embodied something uniquely American:

The firm belief that an education is key to a better life. 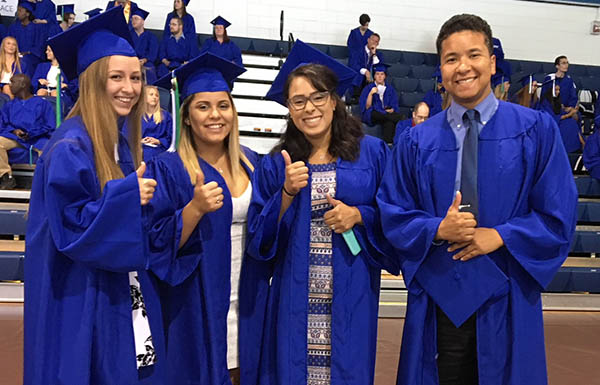 “There is perhaps no better way to describe a college education than to say it has been seen by generation after generation of Americans as a pillar of the American Dream,” said Richey.

“With it comes a path to better jobs, higher incomes, home ownership and solid citizenship. It also resonates in profound ways for the children of college graduates, and their grandchildren and great-grandchildren as well.

“Today, as we celebrate your achievements, I want you to know that you are the American Dream, and it is something you should never forget.”

Among those making commencement memories was Cocoa High School senior Laurel Tucker, one of about 375 local high school students to receive an Associate in Arts degree this spring through dual enrollment. 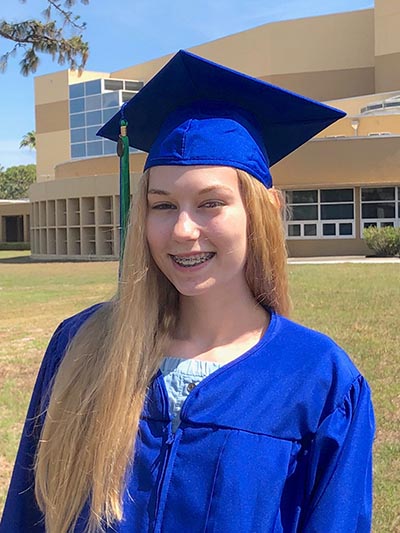 "I'm ahead of the game now," said Tucker, who will earn her high school diploma on May 18.  "I'm actually going to get my four-year degree in business management from EFSC and seek a job in the finance field."

Both ceremonies were televised live on WEFS-TV and streamed online. Replays can be viewed on the college’s YouTube channel at bit.ly/efscwatch

Graduates, family and friends are encouraged to post via social media using the hashtag #efscgrad, with custom Snapchat photo filters available at commencement in and around the King Center.

The students joined more than 100,000 others who have graduated from the college since it opened in 1960.

Eastern Florida offers more than 100 programs, including Bachelor Degrees, Associate Degrees and College Certificates with classes offered on its four campuses and online.