That important lesson is among the guiding principles of Eastern Florida State College’s Center for Service-Learning and Civic Engagement, which allows students to volunteer in the community and receive college credit for their work. 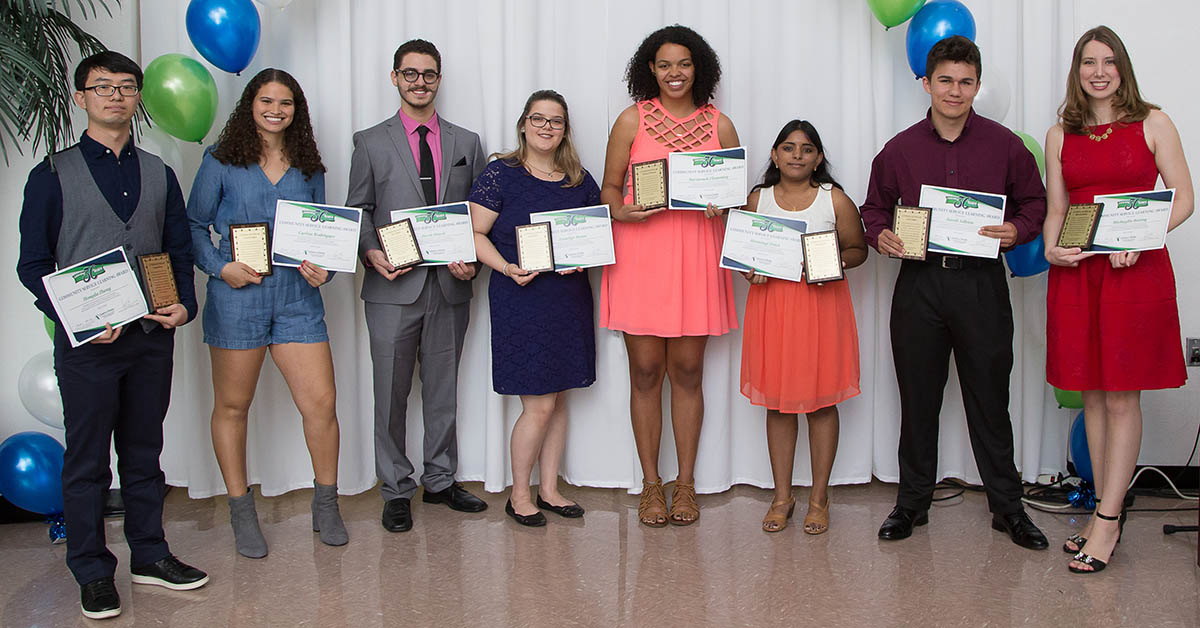 It can be a life-changing experience for those involved.

Students get real world experience and learn to help others in many ways, and the community gets new hands and hearts to address local needs.

The program reached a major milestone this year, marking its 30th anniversary Tuesday with a student awards ceremony at the King Center for the Performing Arts on the Melbourne Campus.

College President Dr. Jim Richey praised the students for their efforts, saying they are “truly making a difference” in in the community. 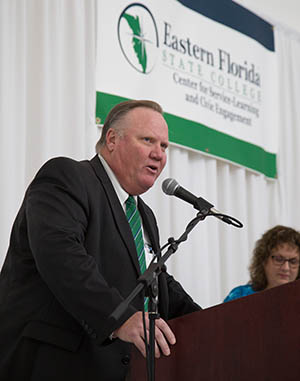 “There is no better example of the spirit of Eastern Florida State College than using community service to teach students to look beyond themselves and toward the greater good of the community in which they live,” said Richey. “It is a lesson that enriches their education, awakens them to the complexity of the world in which they live, and meets many critical needs in our community.

“It is also something that students carry with them for the rest of their lives, often continuing their volunteer work throughout the careers and with their families.”

Among the students participating this year are Michaylla Boring, who is graduating this term with an Associate in Arts Degree earned at the Melbourne Campus.

Boring has been an assistant basketball coach at a local church teaching the importance of sportsmanship and teamwork, and served as a writing tutor to fellow students.

She also worked with fellow students to write a book called “Let’s Give Him a Hand” about a child with a missing limb to draw attention to the challenges faced by youths with disabilities, such as bullying.

The students are now distributing copies of the book to libraries and schools.

“Through the program I’ve learned to serve people better, to understand their needs. I’ve also learned how to lead people,” she said.

Boring is one of the program’s Citizen Scholars, a prestigious distinction given to students who have performed 300 hours or more of community service. 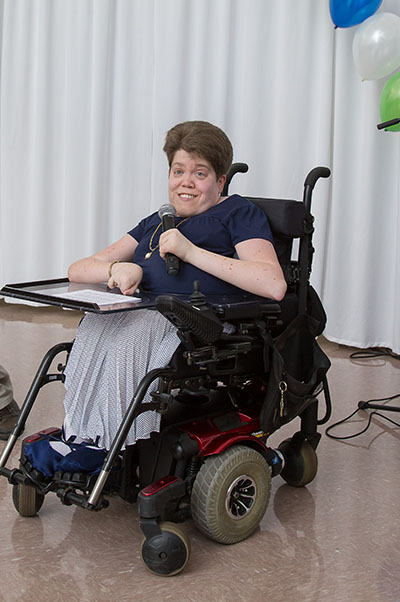 2006 Citizen Scholar Ashley McGrath spoke at the ceremony, reflecting on her experience in the decade since leaving the college.

"As a person with disabilities, I had been on the receiving end of services. To have the opportunity to give back and get involved as a volunteer was life changing," said McGrath, who also shared how she has continued to volunteer in the community after graduation.

Since it began in 1988, more than 88,000 students have recorded over three million hours of volunteer community work. The program has also been named eight times to the President’s Higher Education Community Service Honor Roll at the White House.

“EFSC volunteers are part of the backbone of this community and have made an extraordinary impact not only in the lives of Brevard County residents, but also across the country and the globe,” said Evelyn Young, the center’s director.