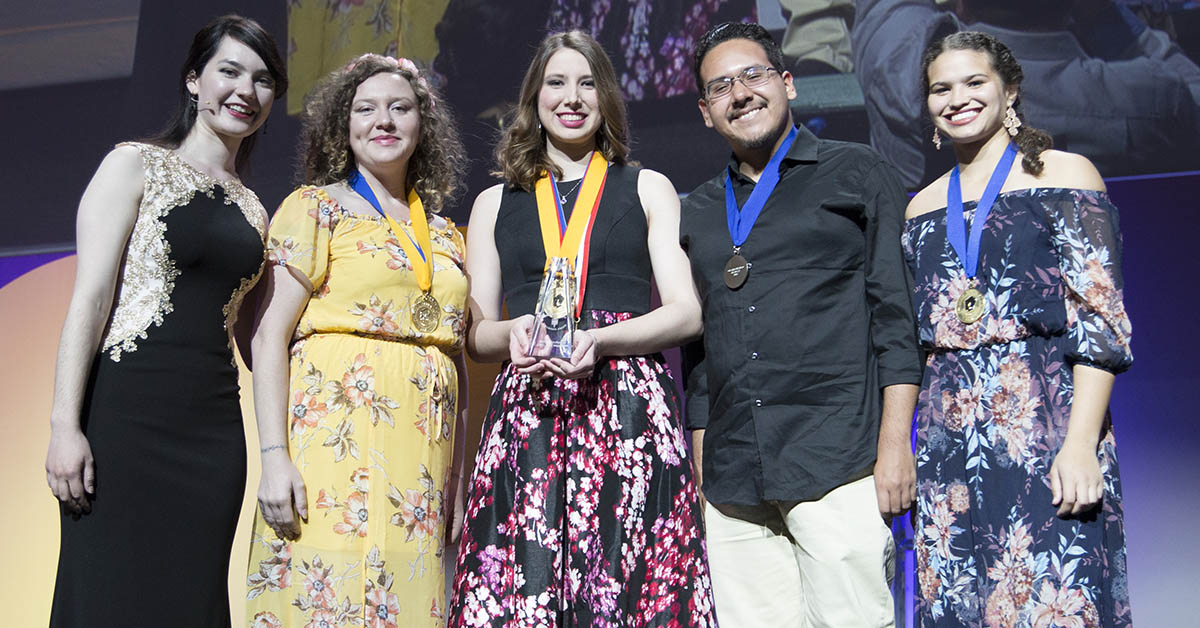 Kevin Lopez was honored with the Distinguished Chapter Member Award for his work with Melbourne's Chi Nu Chapter, one of just 30 students selected from national nominations based on scholarship, leadership, service and fellowship.

Michaylla Boring was officially honored as a Coca Cola Team Gold Scholar for her membership on the prestigious national All-USA Academic Team, which includes a $1,500 scholarship.

“The accomplishments of these students and the Melbourne Campus chapter are examples of the commitment to excellence shown by students at Eastern Florida,” said Dr. Linda Miedema, Vice President for Academic and Student Affairs and Chief Learning Officer.

“We’re very proud of them and all the other students who have striven to put their best efforts forward this year.”