9 AM, Sunday Update: EFSC officials are closely monitoring the track of Tropical Storm Ian, which is expected to become a major hurricane and impact Florida's west coast and other regions of the state including Central Florida. Now is the time to review preparation tips. Brevard County has opened a sandbag pick-up location on EFSC's Palm Bay Campus in the north parking lot from 8 AM to 6 PM Sunday, which could impact campus traffic patterns. Updates will be shared here and via text and social media alerts as needed.

April 26, 2018 - Eastern Florida State College is launching an effort in an attempt to gain $9 million in needed funding to repair and renovate the Astronaut Memorial Planetarium & Observatory that sustained serious damage from Hurricane Irma.

Eastern Florida officials announced the effort Thursday, saying they will take this approach:

• The college will add the project to its Capital Improvement Plan filed annually with the state of Florida that lists major funding needs in the hopes the Legislature will allocate the money.

• College officials will also explore the possibility of a capital campaign to determine if there is financial support in the community to fund the project. 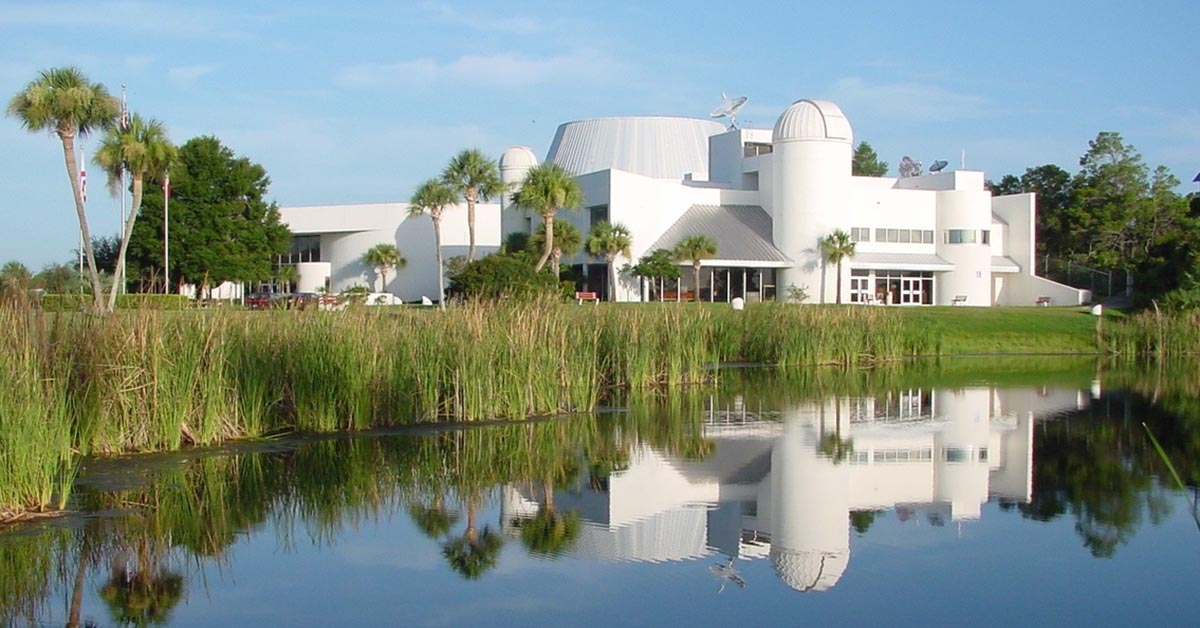 The Planetarium, which is located on the Cocoa Campus, closed for safety reasons after Hurricane Irma and will remain shuttered indefinitely.

Its rooftop telescope, which is one of the largest public telescopes in Florida, escaped damage.

“Unfortunately, the college does not have the funds to undertake such a large and costly project,” said John Glisch, the college’s Associate Vice President for Communications.

“It is our hope this dual track approach will lead to ways where we might gain the money that’s needed to repair and completely renovate the 45-year-old building.”

The Planetarium, built in 1974 and comprising 48,500-square-feet, has provided a window to the stars to students and members of the community through its telescope and laser light shows.

However, time has taken its toll on the aging structure over the past decade with a growing list of needed maintenance, renovation and upgrade requirements.

Then, last September came Hurricane Irma, which partially tore off the roof and caused extensive damage. A week of torrential rain that followed shortly afterward made things worse.

To determine the full extent of the hurricane damage and all other problems related to the building’s age, the college contracted Cape Design Engineering Co. to conduct a comprehensive engineering study of the structure.

The study found a number of significant problems classified as “life safety” issues that needed to be addressed immediately.

The study also identified a wide range of needed renovations to modernize the building and bring it up to code for long-term occupancy and use.

Cape Design estimated the total cost for all that work would be $5 million.

Separately, a study conducted by Planetarium officials in 2010 described the need for a large-scale upgrade to the old technology and equipment used for laser light shows and observatory operations.

The cost totaled more than $3.3 million that, in today’s dollars, would likely exceed $4 million.

That brought the total cost to repair, renovate and update the building and its equipment to $9 million, said Glisch.

The college has made previous efforts to secure money from other sources to fix the Planetarium’s problems and keep it open.

In 2016, college officials met with officials from the Delaware-North Corporation that operates the Kennedy Space Center Visitor Complex.

College officials thought the company might be interested in taking over the Planetarium and adding the venue to their Space Coast visitor experience.

However, after touring the facility, Delaware-North declined, citing the building’s age and need for costly renovations.

Following Hurricane Irma, college officials also spoke with Brevard Public Schools officials to see if the district might want to assume ownership of the building.

In recent years, the school district has become by far the largest user of the Planetarium, sending about 12,000 students annually to visit.

The district also declined, again citing the building’s many needs.

For more information on the Planetarium project, contact John Glisch, Associate Vice President for Communications, at (321) 433-7017 or glischj@easternflorida.edu.