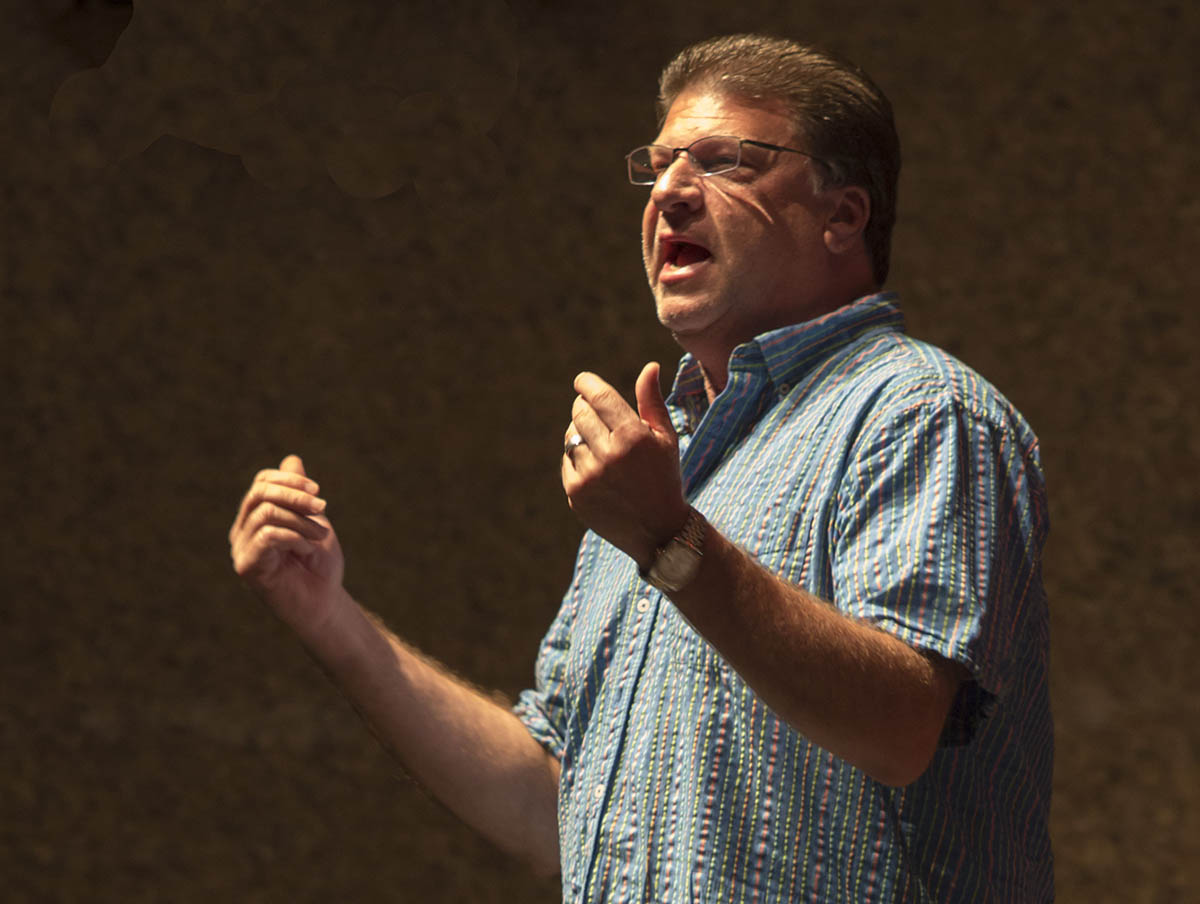 "Everyone in this room has the chance to create their own destiny," said Henderson, who spoke at the Simpkins Fine Arts Center on the Cocoa Campus in the morning, followed by the King Center for the Performing Arts on the Melbourne Campus in the afternoon. "People like me are rooting for you."

Henderson’s story began when he walked away from a highly successful spirits business started by his legendary father Lincoln Henderson, an inaugural member of the Kentucky Bourbon Hall of Fame.

Having initially charted his own course in radio and entertainment, Henderson had a change of heart as his father neared retirement.

It led him to build his own business team and renovate a historic building in downtown Louisville, Ky., which has since become the showplace home of Angel’s Envy.

"I wanted to go out in the world and find my own way, and the things I learned came back to make this brand," he said.

The brand launched in 2011 and quickly took off in the upscale premium bourbon market, with a typical bottle selling for $50 and special edition bottles for $4,000. The company was purchased in 2015 by spirits industry giant Bacardi Ltd., with Henderson still deeply involved.

Henderson, who is also the former CEO for Master Distilling Select and the former President and CEO of Conecuh Ridge Distillery, attributed the company’s rapid growth to a personalized marketing strategy, saying building close connections with others "will take you anywhere you want to go."

"Meeting people face-to-face is an important part of the human condition. It creates a bond you’re not going to get any other way," he said.

The Simpkins Entrepreneur Series is co-sponsored by EFSC and Florida Today. It is named after Bernard Simpkins, a highly successful entrepreneur and Space Coast business leader who established the sessions that have brought some of the nation’s top business leaders to Brevard. 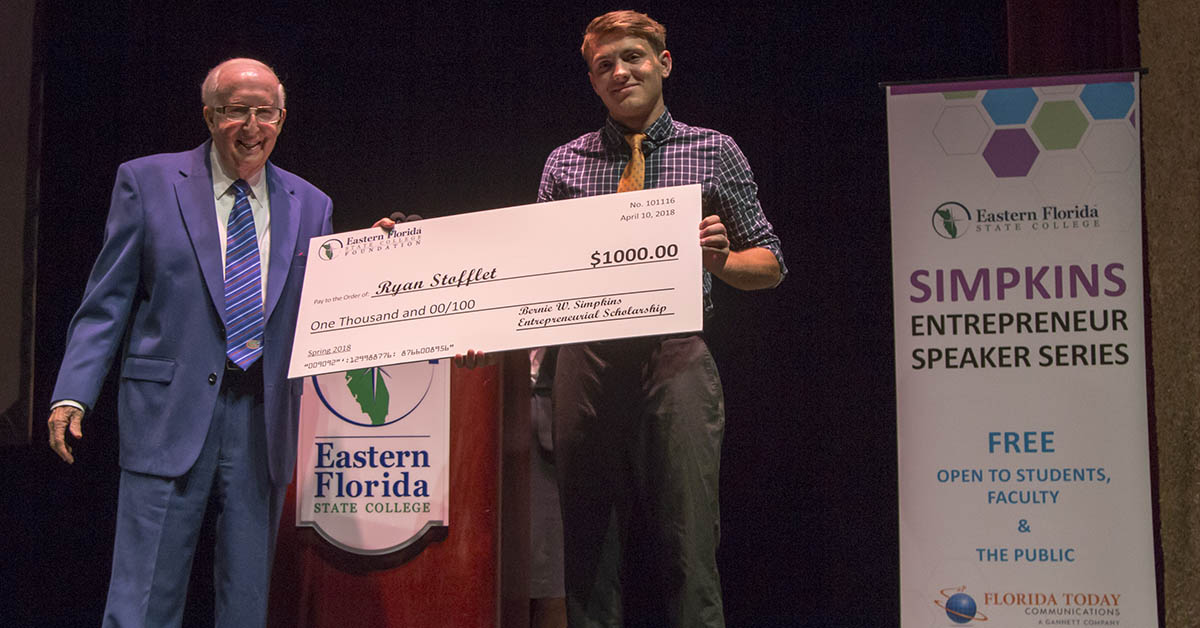 Sofflet, who works nearly full-time to help pay for his education, said the $1,000 scholarship will allow him to focus on his studies and not worry about finances.

"Every day I am gaining more and more knowledge on how to become a successful businessman," he wrote in an essay that led to his selection. "Not everyone has what it takes in the business and marketing world to succeed, but with my passion, perseverance, motivation and work ethic, I know I can succeed."

"You don’t wake up today, say 'I’m going to make bourbon' and sell it tomorrow."