March 14, 2018 - Wes Henderson has become a national leader in business innovation through a product beloved by many — whiskey. 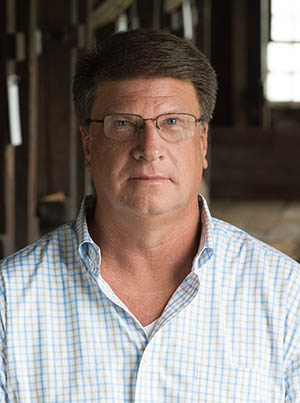 He is the co-Founder and Chief Innovation Officer for Angel’s Envy, an award-winning bourbon, directing the company’s future as it continues growing.

Henderson will share his success story at Eastern Florida State College on April 10 as part of the Simpkins Entrepreneur Series.

The series is co-sponsored by the college and Florida Today with lectures free and open to students, faculty, staff and the public.

Henderson will speak at two locations:

Henderson, who travels across the country to establish the Angel’s Envy brand, is the former CEO for Master Distilling Select and former President and CEO of Conecuh Ridge Distillery.

During his career, he has used the fine craftsmanship of spirits and savvy marketing to elevate the success of his companies.

He is an alumni of Brevard Community College, now Eastern Florida State College, and completed flight training at Florida Tech's College of Aeronautics. He serves the community in roles that include volunteer firefighter and is a licensed pilot, specializing in search and rescue.

The lecture series is named after Bernard Simpkins, a highly successful entrepreneur and Space Coast business leader who established the sessions that have brought some of the nation’s top business leaders to Brevard.

A Simpkins endowment through the EFSC Foundation also started the college’s Business Entrepreneurship Program to educate the next generation of business innovators.