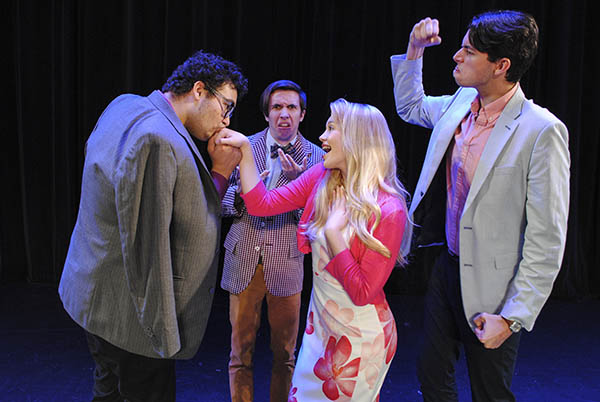 All performances will be held on the Cocoa Campus at the Simpkins Fine Arts Center (Bldg. 4), located at 1519 Clearlake Road.

Performances are scheduled as follows:

Tickets are $10 general admission and free to all students with a valid ID.

Adapted and directed by Jeanine Henry, with production design by Don Mangone, "The Busy Body" by Susanna Centlivre is a comedic play in five acts.

This modern adaptation of a hugely popular 18th century feminist comedy is quick-paced, and follows a pair of defiant women in pursuit of love and independence.

First performed in 1709, it follows the characters Miranda and Isabinda as they attempt to arrange marriages to the men they love, all while the well-meaning Marplot interferes and inadvertently makes a mess of the situation.