February 9, 2017 - A new Health Sciences Institute was dedicated Thursday at Eastern Florida State College in a major advance for training the state’s next-generation of healthcare professionals.

College and civic leaders celebrated the event, with EFSC President Dr. Jim Richey saying the facility “will improve the well-being of residents throughout our region for decades to come.” 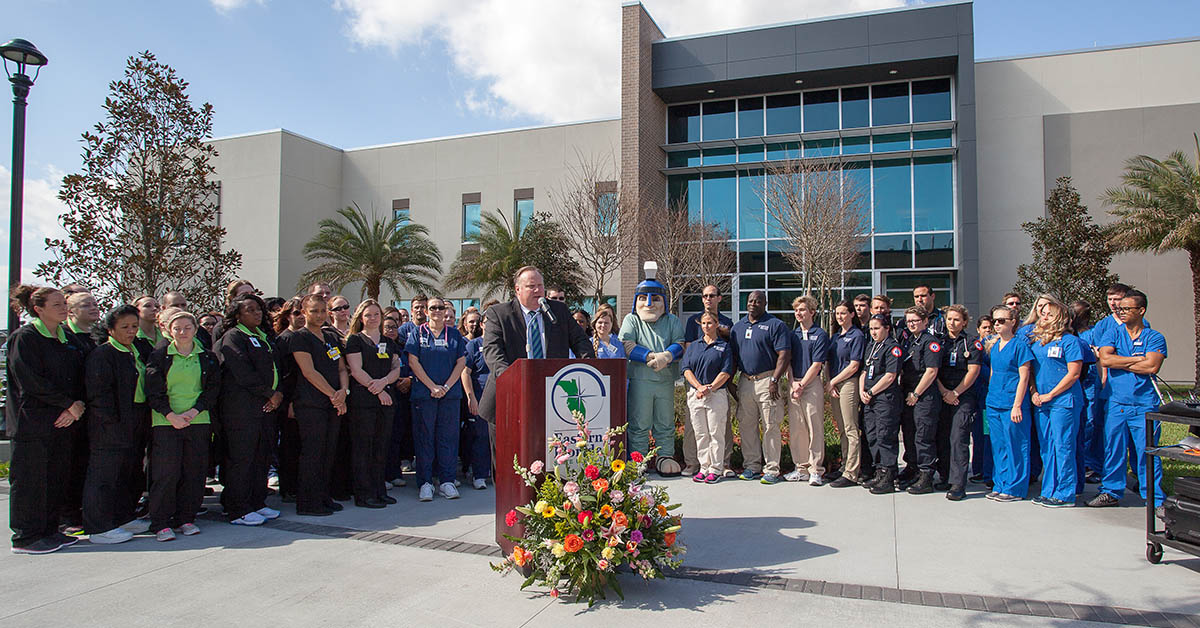 The institute is the centerpiece of EFSC’s commitment to healthcare education, housing 12 programs through which students can earn Bachelor’s Degrees, Associate’s Degrees and College Certificates.

Located on the Melbourne campus, the $20 million state-of-the-art building contains specialized labs and training areas on par with the best in the nation.

Inside, students can practice on human patient simulators that give them valuable hands-on training in a real world environment.

Richey praised the institute’s students for answering “a special calling that requires a unique blend of knowledge and compassion to administer care.” 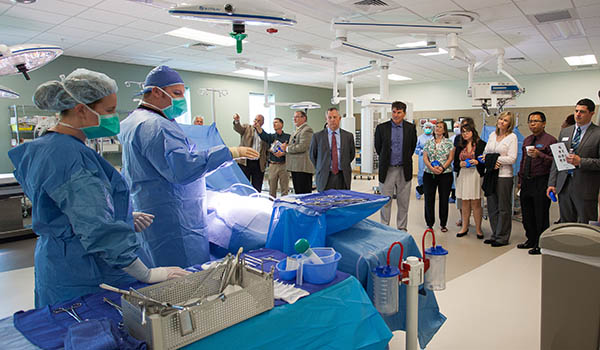 During the Institute's dedication, visitors tour a classroom used for hands-on training for students in EFSC's Surgical Technology program.

“Those traits have always been the hallmark of a healthcare education at Eastern Florida, and the new institute gives us more and better ways to advance the highest principles of the profession,” he said.

Students were equally thrilled, saying the 60,000-square-foot institute is playing an important role in starting their careers.

"This new building has been incredible," said Brandon Livingston, a student in the Physical Therapist Assistant program. "We have state-of-the-art equipment for all the programs, and I think it will definitely be a positive impact on future healthcare and our education."

Nursing student Amanda Hughes added: "The fact that the simulators breathe and you can take their pulse - when you actually get out into the hospitals, you've already walked through the scenarios."

"I wouldn't expect this in our school here in Brevard," said Jordan Lockhart, also a student in the Nursing program. "It's amazing to be able to say we have this." 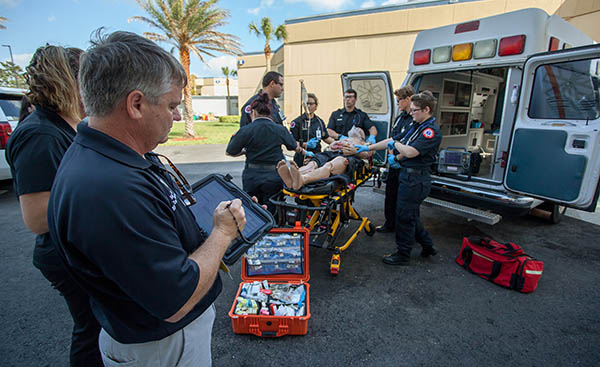 Patient simulators, like the one on this gurney, allow EMT and Paramedic program students to experience more realistic training.

About 460 students are enrolled in the institute this year, a number that’s expect to grow as the college continues adding more programs.

Among them is a Bachelor’s Degree in Nursing scheduled to start in 2018.

The program is essential because graduates will help fill a critical nursing shortage in Brevard, East-Central Florida and throughout the state, said Richey.

Richey thanked state lawmakers for funding the institute, including former Speaker of the House Steve Crisafulli and Gov. Rick Scott.

He also lauded the college’s Board of Trustees for their “strong leadership on behalf of the college and our students” in making the institute and other major projects a reality. 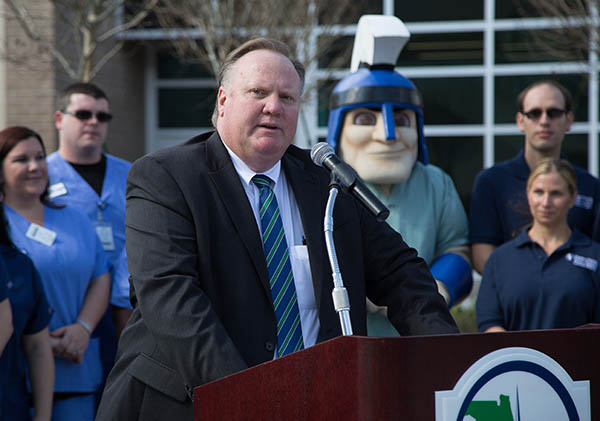 EFSC President Dr. Jim Richey is joined by heath sciences and nursing students plus the college mascot as he dedicates the new Institute.

The institute brings with it an economic boost for the Brevard and East-Central Florida economies.

Students graduating annually from its new programs are expected to contribute $6.3 million a year into the economy in salaries and spending power, based on a study the college conducted for the Florida Department of Education.

Since the useful life of the institute is expected to be more than 50 years, the estimated total economic impact of the new and existing programs will be more than $300 million during the next five decades.

The institute is the second of several new academic buildings planned for the Melbourne campus under a major expansion plan now in its third year.

A new Public Safety Institute opened in 2015 and a new Student Union is scheduled to open in 2018.

Other planned structures include a Center for Innovative Technology Education, a Hospitality Management Center and Student Housing Complex.

The expansion will make the Melbourne campus a vital center for higher education and workforce development well into the 21st century.

The Health Sciences Institute was designed by BRPH, an international architectural and engineering design firm based in Melbourne. The Ajax Building Corporation of Jacksonville was the project’s construction manager.