September 22, 2017 - Stuart Braudrick admitted that his team probably plays golf together a bit too much, saying they play two or three times a week. 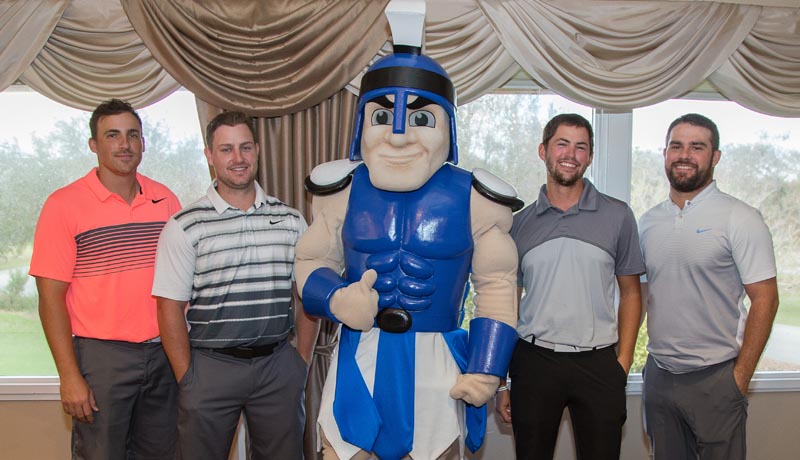 But it paid off on Friday afternoon as Braudrick, Tyler Cox, Cody Bell and Dean Wylie teamed up to win the 4th Annual Eastern Florida State College Foundation Scholarship Golf Classic at the Suntree Country Club.

The foursome had four eagles, 12 birdies and a couple of pars in the 18-hole best ball tournament, winning by four strokes.

“That was a little better than normal for us, but we hit a lot of putts today and we knew we would be hard to beat,” said Braudrick who along with his teammates donated the cash winnings back to the school’s scholarship fund. The top three teams also received Suntree Country Club gift cards. 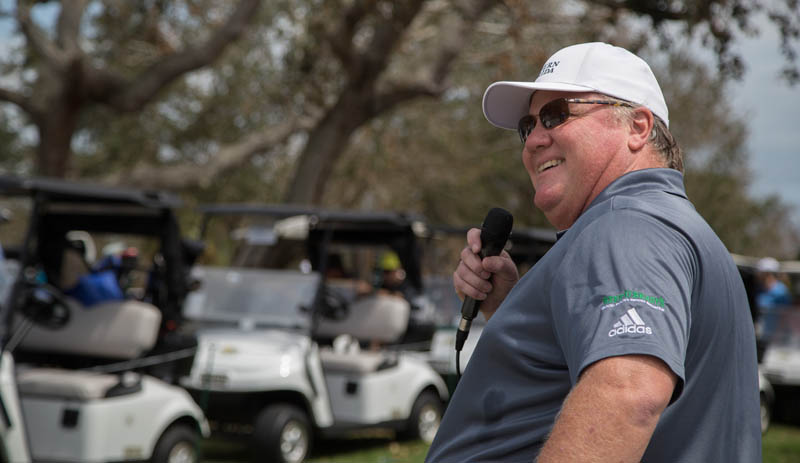 EFSC president Dr. Jim Richey addresses the golfers as they line up to begin the tournament.

The team of Jason Snodgrass, Todd Denson, Tim Fields and Mike Van Der Werken placed second with a 55 — one stroke ahead of the team of Paul Mette, Jim Banford, Danny Freedoff and Doc Schard.

Mike Preiner won the longest drive contest and a free round of golf for four at Stone Creek Country Club. Eric Garvey, Frankie Green, Sean O’Reilly and Banford all won prizes for having shots closest to the hole. Amanda Mitskevich won the top door prize, a new Titans golf bag. There were also gift cards and other items given away as door prizes throughout the day. 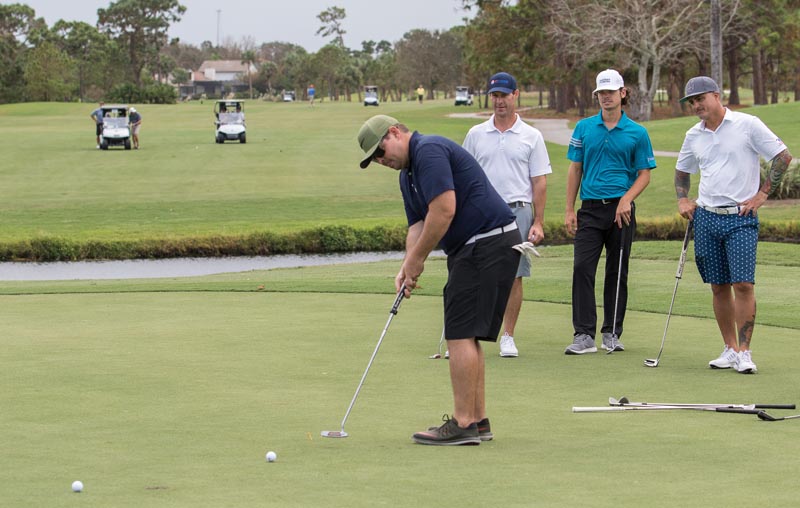 Following the golf tournament, players enjoyed a dinner at Suntree Country Club before the awards ceremony.

Established in 1971, the Eastern Florida State College Foundation is a not-for-profit, 501(c)(3) corporation that provides financial support for student scholarships and educational programs. To learn more or make a donation, visit easternflorida.edu/foundation