EFSC Mourns Death of Slain Officer Who Was Student

August 21, 2017 - The Eastern Florida State College community is mourning the death of one of its students, Kissimmee Police Officer Matthew Baxter who was killed in the line of duty Friday night. 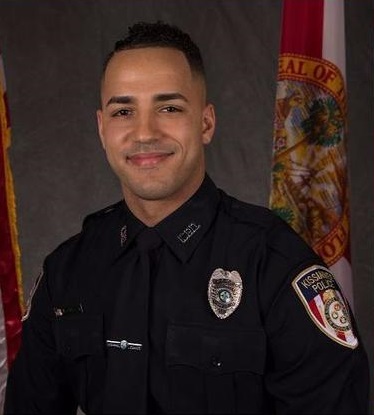 “Officer Baxter’s death is a terrible tragedy for all of us at Eastern Florida,” said college President Dr. Jim Richey. “He was an outstanding young man dedicated to his family and profession, and who was striving to improve the community where he lived. He will be deeply missed by all who knew him.”

Baxter lived in south Orange County with his wife, Kissimmee Police Detective Sadia Baxter, and their four children. He was a three-year veteran of the department.

Police say Baxter and Howard were slain during a routine stop when Miller opened fire on them about 9:30 p.m. They didn’t have a chance to fire back.

“It looked like they were surprised,” Kissimmee Police Chief Jeff O’Dell told the Orlando Sentinel.

Baxter died shortly after the shooting. Howard died of his wounds Saturday.

Funeral services for Baxter and Howard will be held Thursday at 11 a.m. at First Baptist Orlando, 3000 S. John Young Parkway. The church is one of the biggest in Central Florida. The service is open to the public.