Landman Reappointed to Third Term on EFSC Board of Trustees

July 19, 2017 - Alan Landman has been reappointed to a third term on the Eastern Florida State College Board of Trustees by Gov. Rick Scott. 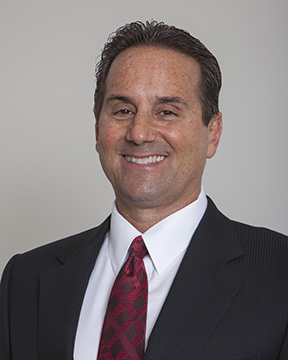 The Melbourne attorney has served on the Board since 2009, when he was named by Gov. Charlie Crist. He was reappointed to a second four-year term in 2013 by Scott.

During his tenure, Landman has twice served as Board chair and played a major role in the College’s rapid growth.

In his time on the Board, Eastern Florida became a state college and added 40 new Bachelor’s degrees and Associate’s degrees, the largest academic expansion in its history.

It has also undertaken a major expansion of its Melbourne campus and strengthened partnerships with businesses and industries to create a skilled workforce and help fuel economic growth along the Space Coast.

“I’m grateful to Gov. Scott for giving me another opportunity to serve our community during this remarkable period in the College’s history,” said Landman, who currently serves as the Board’s vice chair.

“I’m equally fortunate to serve with my fellow board members and work with the team led by the College’s president, Dr. Jim Richey. Everything we’re doing is focused on giving students more opportunities to get an excellent education and have great careers, and the success we’ve had is a prelude of more to come.”

Besides his work at the College, Landman was recently reappointed by Scott to a third term on the 18th Judicial Nominating Commission, where he serves as chair.

In addition, he was re-elected to a second term as chair of the Brevard County Sheriff’s Office Civil Service Board. He is also a trustee for the University of Florida Levin College of Law, of which he is a graduate.

Landman is a family law and criminal law attorney with an AV preeminent rating for professional excellence.

His Eastern Florida reappointment, which ends in 2021, is subject to confirmation by the Florida Senate.