June 13, 2017 - Twenty-six Eastern Florida State College athletes have been recognized for their efforts in the classroom, with seven Titans named to the National Junior College Athletic Association All-Academic first team. 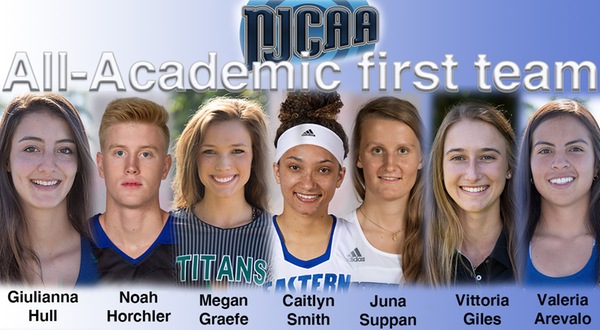 Overall, 26 Titan athletes were recognized for their academic results, finishing the school year with 3.60 grade point average or better.

At least one player from each sport was recognized, with women's soccer and women's tennis leading the way at six players apiece.

"What a wonderful accomplishment for these student athletes," Associate Vice President of Athletics Jeff Carr said. "They excelled in their sport and more importantly in the classroom. It is a great testament to their work ethic in the classroom."

The 26 players recognized this year by the NJCAA doubles last season's total of 13 players who achieved the academic team honors.