80 young golfers, family, friends and camp volunteers gathered on the Cocoa campus for the awards presentation. 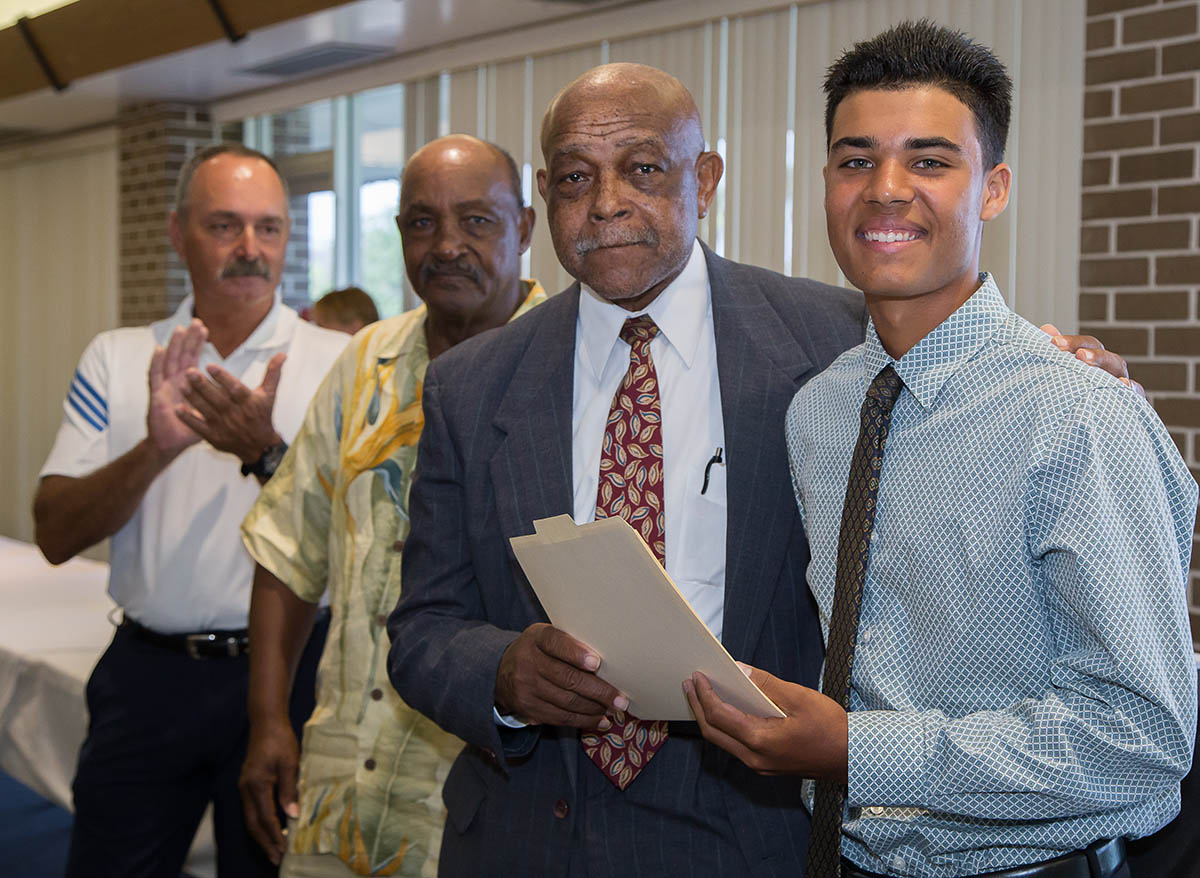 The top honor, the two-year EFSC scholarship, went to rising high school senior Thomas Davidson, III who has attended the camp for 10 years.

"The lessons learned from golf are so diverse and can be applied to real life — time management, decision making, persistence, honesty and integrity," said Davidson, who also hopes to make the EFSC men's golf team. "The same way golf has ups and downs, so does life and it's about learning to balance the good and the bad."

Those life-lessons have always been a main focus of the two-week free camp, which was started in 1992 under the guidance of Wilson and Scott, two African American golf professionals in Brevard County.

For years the free camp was known as the Minority Golf Camp because of its efforts to reach out to minorities, but it's always been open to all young people.

"This program exposed you to a group of people dedicated to building character in young people," guest speaker Stockton Whitten told the crowd as he went through a list of core values common to golf and life. 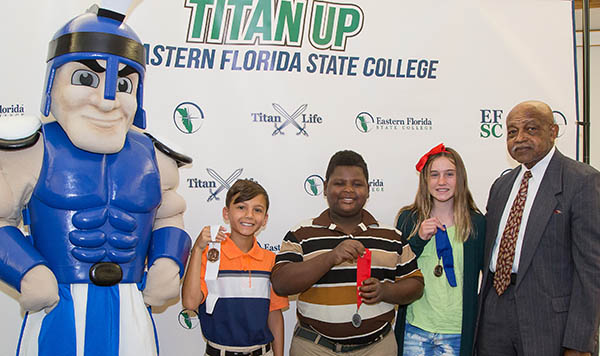 "Core values serve as your compass; they're the controls that keep you out of trouble," said Whitten, EFSC's associate vice president for facilities and special projects. "Golf and life are similar because they both illustrate that decisions we make have consequences."

All 80 participants were honored with certificates and had their photo taken with the camp's lead instructor Roosevelt Jackson. 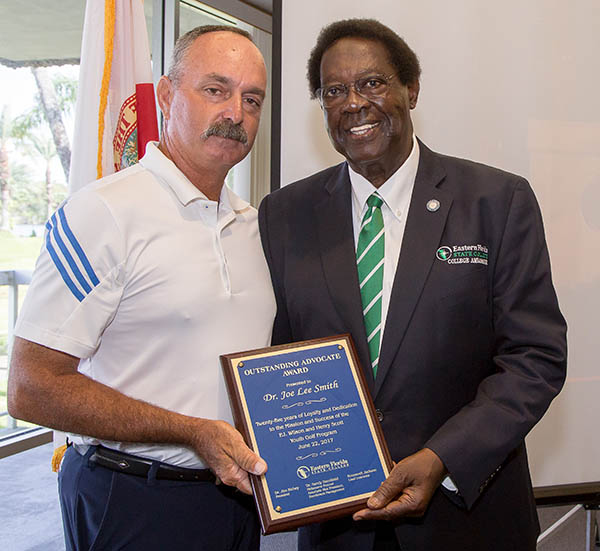 Coach Howell also presented a special Outstanding Advocate Award plaque to Dr. Joe Lee Smith, who's been involved with the camp for all 25 years and who's retiring from EFSC at the end of June after 47 years with the college in roles that have included campus provost and advisor to the president.

"It's been a good ride," said Smith. " I've enjoyed every minute of coming to work and serving my community and working with the young people of this college and this community."