June 10, 2017 - Young men from all over Brevard County spent the weekend learning what it means to be a man during the 25th annual Summit of Seven Boys and Men Conference held at Eastern Florida State College’s Melbourne campus. 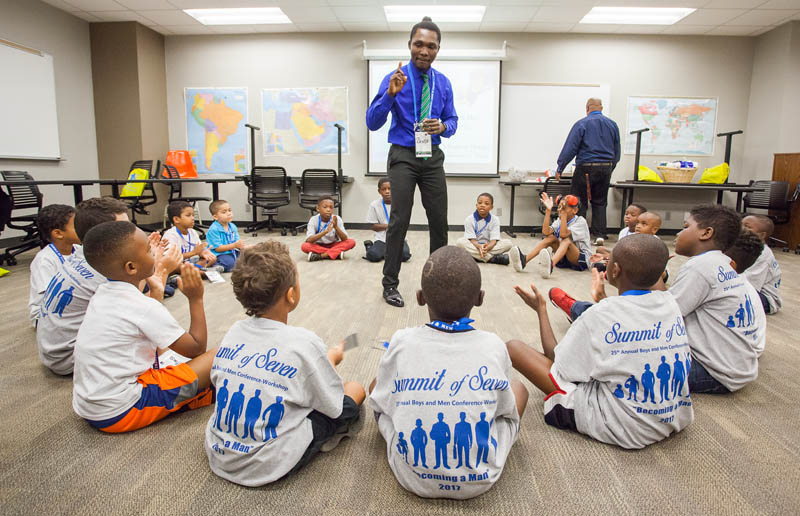 The conference was filled with workshops and inspirational talks on Saturday and kicked off with a fun festival Friday evening on the campus.

“Some of these young men come from homes that need some direction and we try to fill that void. We tell them that there is someone that loves them unconditionally and cares about them," said Moses L. Harvin Sr., the chairman of the Summit of Seven conference.

"We hope we can develop these young men to be good sons, good fathers and good husbands and that they can grow to become good citizens in the community.”

One of the young men who has been coming to the Summit of Seven the past couple of years was surprised to hear his name announced as the recipient of the Young Man of Distinction award. 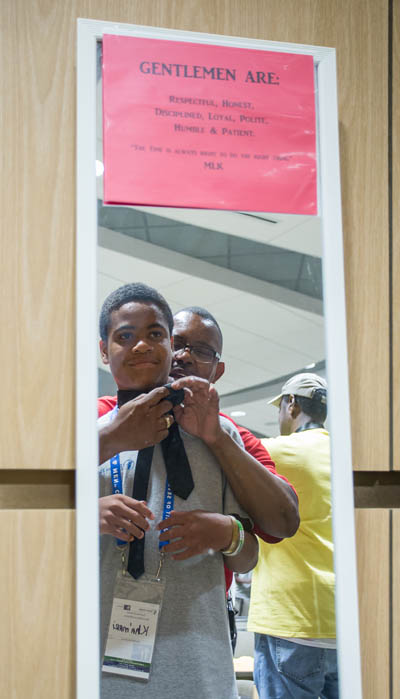 Melbourne High School senior Zuriel T. Knight not only won the award for his community service and work helping others, he also was awarded a scholarship and a new laptop from Microsoft.

“It means a lot to me. It has been a lot of hard work and I am glad that I was recognized. It is a big honor for me,” said Knight who will be attending Eastern Florida State College. “I have been coming to the Summit of Seven for a couple of years and I really like the activities — it keeps me motivated and I learn something new every time I come here.”

The event was started 25 years ago by Palm Bay's Mt. Moriah Missionary Baptist Church, and got its name by asking each male member of the congregation to bring seven boys and young men from age 5 through adult.

The Summit of Seven has grown over the years to include workshops on the importance of education, personal ethics and teamwork plus includes a focus on key life skills such as how to tie a tie and dress for success, shake hands and greet people.

Lucille O’Neal, former NBA star Shaquille O’Neal’s mother, was the guest speaker this year and talked about her family, what it takes to grow up to be a ‘real man' and the importance of family and respect. 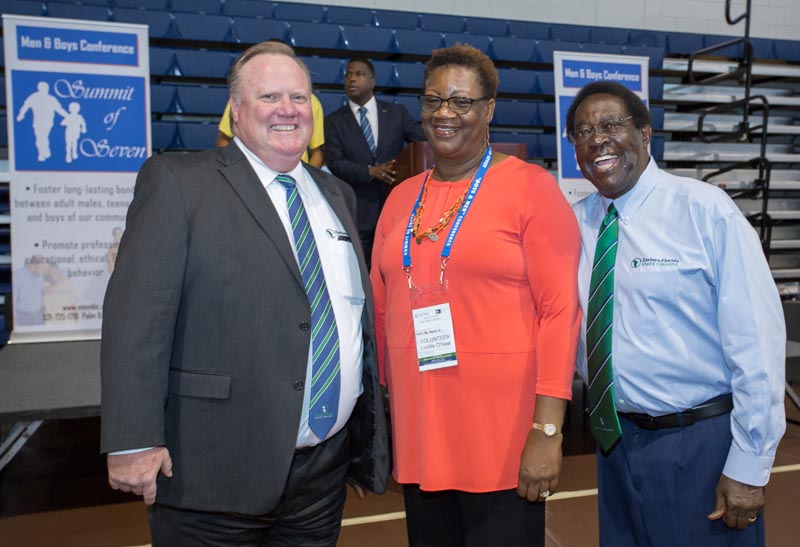 “We need to encourage the kids around us. The most important thing for my kids and grandkids is that they grow up to be real men and women,” O’Neal said.

“I am just so pleased that we were able to host the Summit of Seven for the first time on our campus. It’s the 25th year and we have so many youth on our campus that are eager to succeed in their lives and are such positive influences,” said EFSC President Dr. Jim Richey, who also spoke during the event.

“It is a real tribute to Moses Harvin’s hard work and I am very pleased that we could be a part of it.”

Performers from the Cocoa Village Playhouse and the King Center for the Performing Arts presented songs from ‘Aladdin’ and ‘Mary Poppins’ and the DOCK singers performed ‘Daddy’s Little Girl’ for the 600 people in attendance.