EFSC Coach Jim Grimes, pictured far right, celebrates with his 2015-16 team in February 2016 as the women clinch the Southern Conference title for the second year under his leadership.

Grimes took over the women’s basketball program in 2013 and led them to Southern Conference titles the past two seasons, earning trips to the NJCAA Region 8/FCSAA Tournament both seasons.

His passion for the game was matched by his commitment to his players, whom he urged to use the lessons they learned on the court to live exemplary lives.

“All of us at Eastern Florida are deeply saddened by the tragic loss of Coach Grimes,” said college President Dr. Jim Richey. “He saw the game of basketball as a way to strengthen the character of his players and put them on the road to living good lives, a goal that he accomplished. He will be greatly missed and our prayers are with his family.”

Jeff Carr, the college’s Associate Vice President for Athletics, paid tribute by calling Grimes “a remarkable man whose strong faith guided him in everything he did. He turned around our women's basketball program, winning the conference the last two years and setting his sights even higher. More importantly, he was devoted to his wife and family and was a wonderful, loving father to his four daughters.” 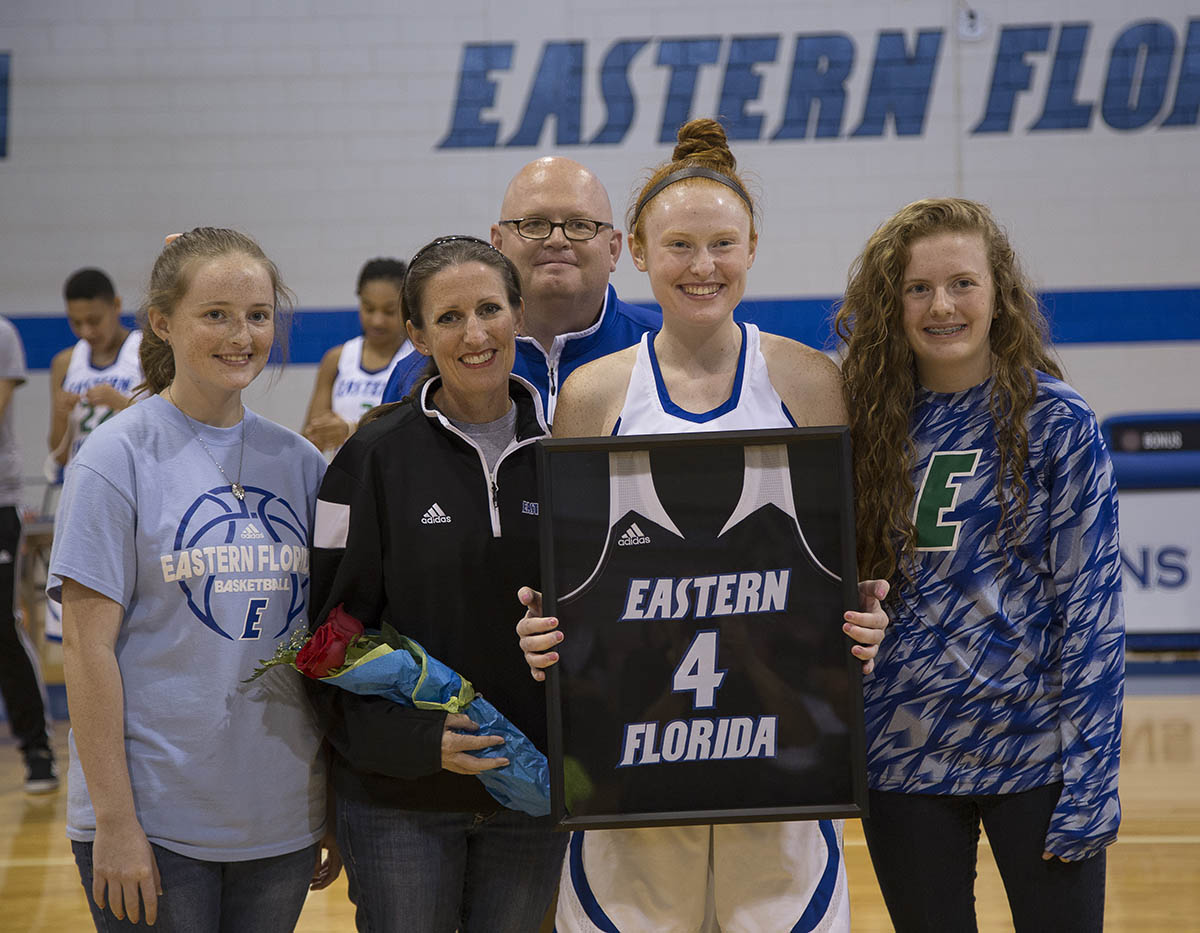 Coach Jim Grimes and his wife Haley at EFSC's 2016 Sophomore Night with three of their daughters, including Emma who played guard for his team during the 2015-16 season.

A native of Greenville, N.C., Grimes came to then Brevard Community College as an assistant coach with the men’s program under Jeremy Shulman before taking over as the women’s coach.

Eastern Florida will be providing grief counselors to the team and staff.

Tipoff is 5:30 p.m. and the game will be televised on WEFS-TV and streamed live online at efsctitans.com/webcast

The funeral service for Grimes will be held at 1:30 p.m. Friday, Feb. 3 at Covenant Presbyterian Church at 720 Emerson Drive NE, Palm Bay. The family has asked that everyone wear Carolina blue to the service.