January 10, 2017 - Chris and Elaine Larsen of Larsen Motorsports, Inc. will be racing to Eastern Florida State College in February to share their inspiring story as speakers in the Simpkins Entrepreneur Series, co-sponsored by EFSC and Florida Today. 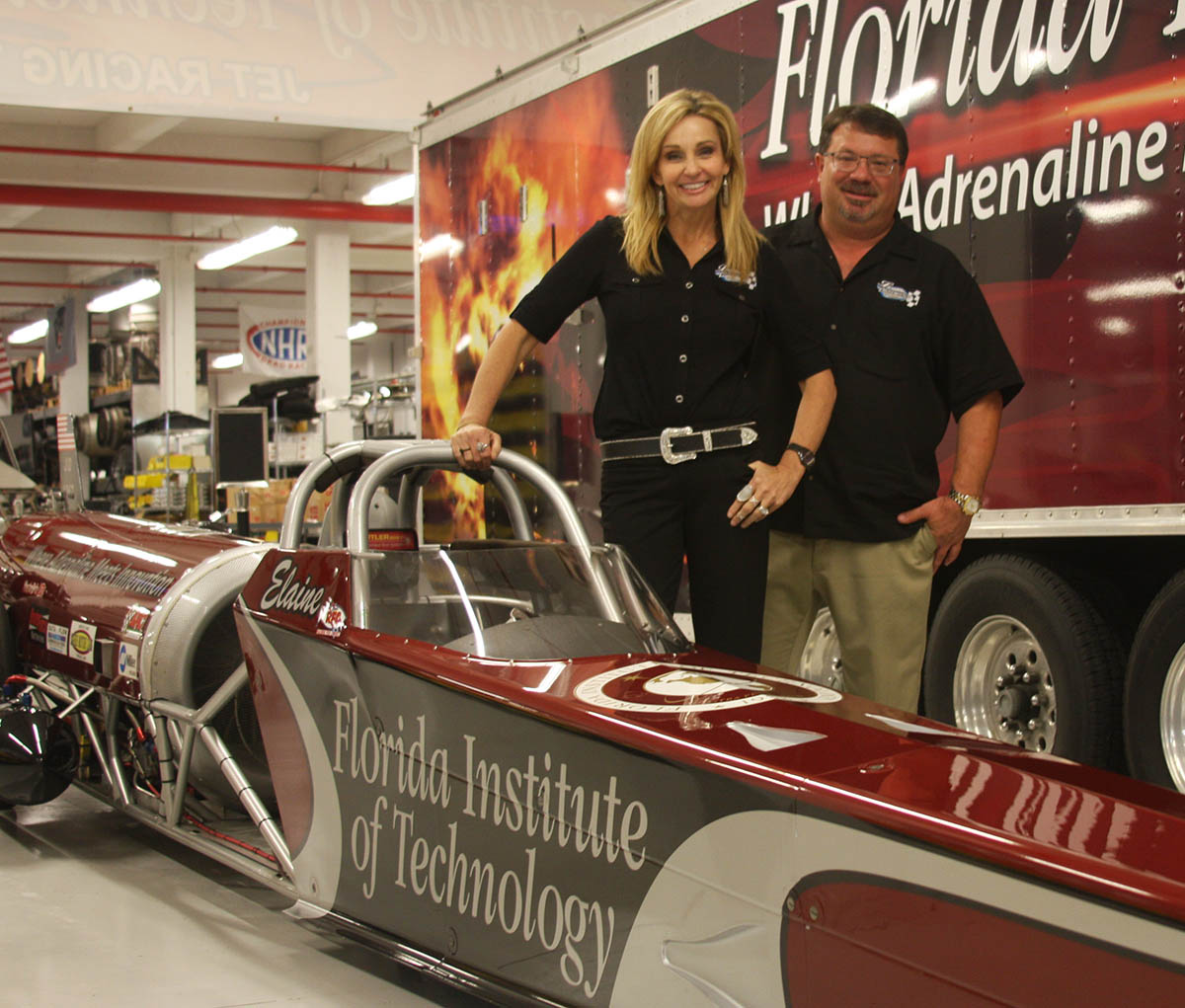 Whether as high school sweethearts, husband and wife or business co-owners, the Larsens make quite the team. The two are credited with founding Larsen Motorsports, Inc., a Palm Bay-based multi-team exhibition jet racing company that was featured in a July 2016 episode of the CNBC television program "Jay Leno's Garage."

A licensed pilot and FAA-certified aircraft technician, Chris Larsen puts his skills to use as Head Crew Chief for the racing company. His wife Elaine, a drag racer with 20 years of experience, proudly serves as a female role model in a male-dominated industry each time she gets behind the wheel.

"Drag Racing is the equalizer," said Elaine. "On any given day, I have the same chance as anyone to win. It just has to be my day!" 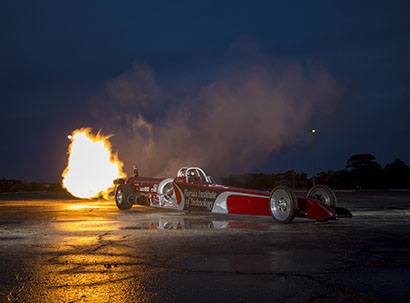 The Larsens and their car will make two appearances at EFSC in February; both events are free and open to students, faculty, staff and the public:

The lecture series is named after Bernard Simpkins, a highly successful entrepreneur and Space Coast business leader who set up an endowment to create the sessions that have brought some of the nation’s top business leaders to Eastern Florida.

Simpkins’ endowment also started EFSC's Business Entrepreneurship Program that is tasked with educating the next generation of business innovators.