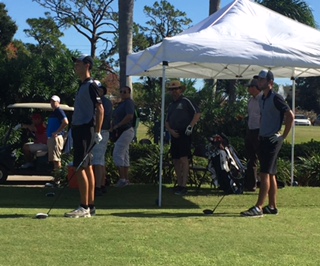 On Friday afternoon at Rockledge Country Club, a Titans men’s golfer gave back to the cause with a drive on the final hole that led to an eagle for the winning team of Dale Martin, Trent McGriffin, Travis Atchley and Tim Monroe in the golf tournament.

“Tell him thanks for the hand,” Monroe said after his team won the best-ball tournament with a 53.

The team hit a 5-iron to about 15 feet and Atchley was the final player to putt and knocked it in for eagle. The team won by one stroke over Scotty Pool, Steve Buery, Danny Renfro and Matt Williams. It was the second straight year that the team finished second in the tournament.

“We spend a lot there,” Martin said. “Everybody seemed to enjoy themselves today and it is a fun event.” 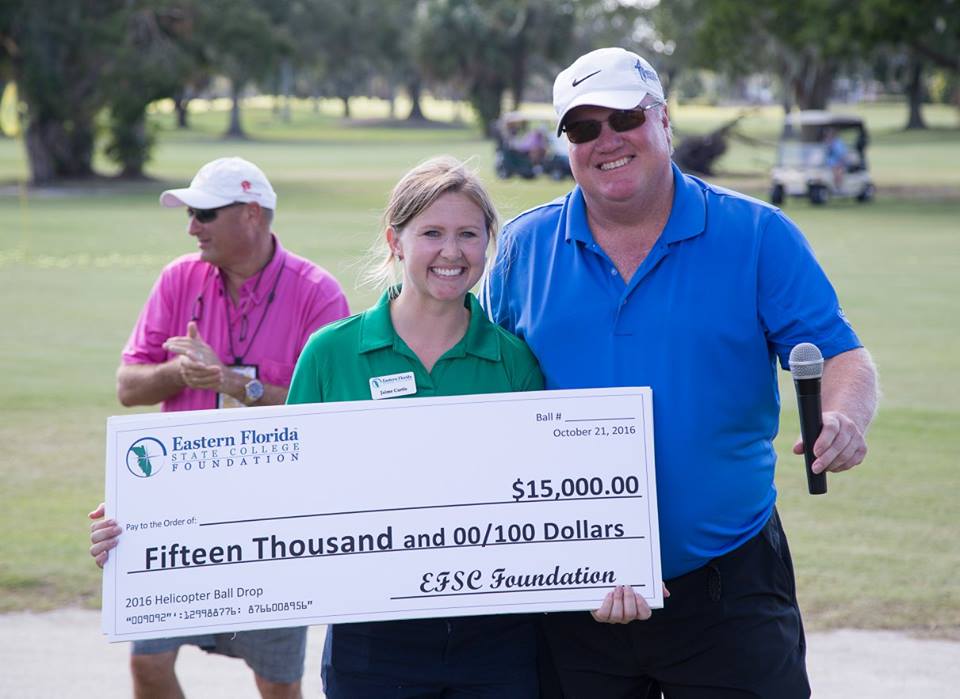 His numbered ball actually bounced into the hole. EFSC president Dr. James Richey called him with the good news and Howse returned the favor, announcing he was donating $10,000 of the $15,000 prize back to the foundation.

Following the golf tournament, players and guests enjoyed the Rockin’ Biergarten Party with music and food sponsored by Merrill Lynch.