August 28, 2016 - The Canadian singer, songwriter and actor Drake wowed Eastern Florida State College alumni and current students attending his Tampa concert by appearing onstage in an EFSC Titans men's basketball jersey, prompted by his connection to a player on the team. 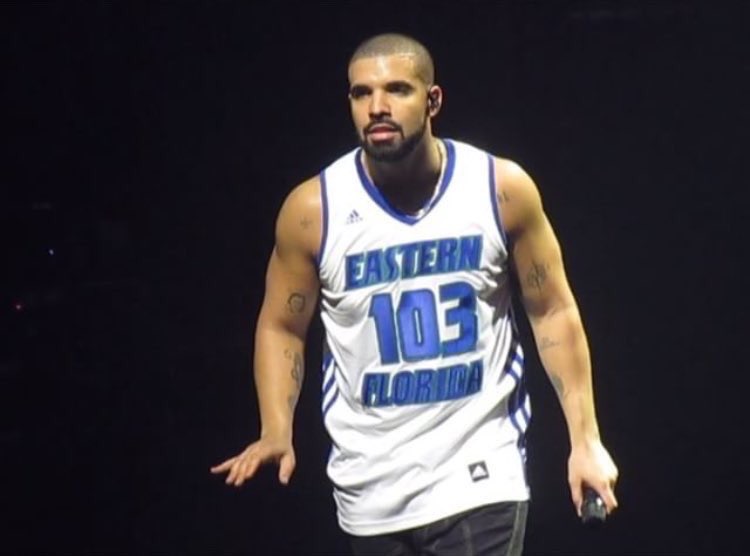 Ahmed Ali knew there was a possibility that singer Drake would be wearing the Eastern Florida State College jersey Saturday night during his concert at the Amalie Centre in Tampa for his Summer Sixteen tour.

After all, Drake and Ali are friends and Drake had asked Ahmed’s brother, Hassan, for a jersey after Ali signed with the EFSC men’s basketball team in the offseason.

“I saw it was a Tampa Bay Lightning jersey I just thought he wasn’t going to wear it today. Then he went off stage and came back for ‘Hotline Bling’ and I saw him come up and he had a white and blue jersey on I thought, man, that’s Eastern Florida right there,” said Ali who along with 10 of his teammates had backstage passes for the concert. “He is the best in the game right now so it actually means a lot to me.”

Ali and Drake became friends after the guard scored 103 points in a high school game in Toronto. Drake, who is from Toronto as well, reached out on social media and things took off from there.

“He is like a brother of ours, he takes care of us. Looks out for us,” said Ali. “He actually dropped my brother’s name in the song Grammys.”

And on Saturday night he wore a jersey with the No. 103 on the front and Ali on the back. 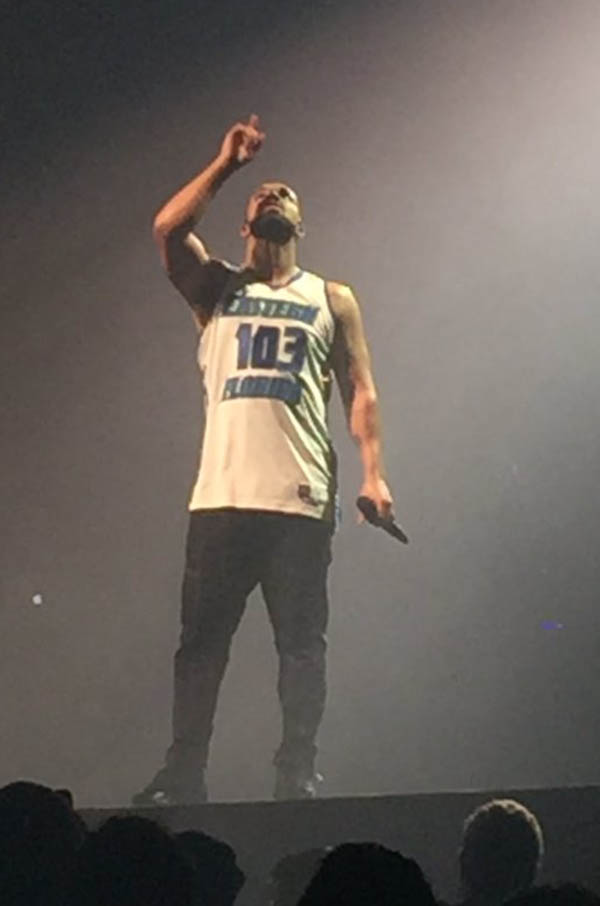 “I knew he had one, but wasn’t sure if he would wear it or not,” Ali said. “But I didn’t know he had a custom one made with that number.”

“It’s amazing to have such an amazing recording artist as Drake wear our Eastern Florida jersey at his concert. Drake is one of the premier rappers ever, and is one of the top artists in the world. He is a big time basketball fan and it means so much that he chose to don our jersey,” said Eastern Florida State College men’s basketball coach Jeremy Shulman. “It speaks to his love of the game, his respect for our program and his recognition of our outstanding young Toronto point guard Ahmed Ali.”

News of the jersey spread across social media as alumni from Eastern Florida State College as well as area fans could not believe the songwriter, producer, rapper and singer was wearing their school colors.

Drake will be back in Florida for concerts in Miami on Tuesday and Wednesday night.

Ali and the EFSC Titans take to the court on the Melbourne campus for their first home regular season game on November 1 at 7 p.m. against Polk State.