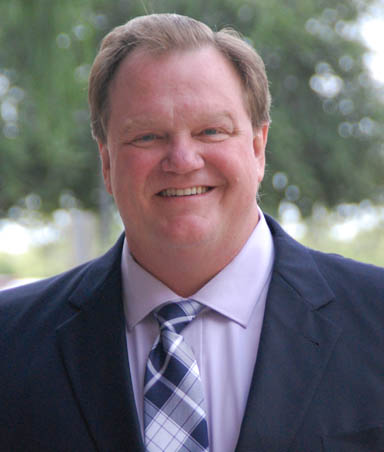 The former Brevard County Sheriff joined the college in 2013 as Associate Vice President for the Public Safety Institute and College Security.

Since then, he has successfully run the institute and its many law enforcement and public safety programs, strengthened college-wide security and launched a new Fire Training Center.

“He has played a central role in our growth and will play an even bigger part in managing a number of important new initiatives that will benefit our students and community.

“Jack is an outstanding individual who has dedicated his life to public service with his work at Eastern Florida the latest example of that commitment.”

His new responsibilities include serving as the college’s governmental liaison with the Florida Legislature, Brevard County and Space Coast municipalities.

He will also oversee construction and operation of the college’s new Student Union that will break ground in 2017 in the next major step in the college’s Melbourne campus expansion.

Other areas under his direction will include the Athletics Department, Risk Management, Lab Schools, Child Development Centers and EFSC's Military and Veterans Service Center.

“I’m very fortunate to be part of the great team here at Eastern Florida that’s led by Dr. Richey and includes so many outstanding people,” said Parker.

“I’m passionate about the importance of higher education and will do everything possible to help students excel and further strengthen the college’s mission to help move our community forward.”

Parker successfully served two-terms as Brevard County Sheriff from 2005-2013 and was recognized as one of the leading law enforcement officials in Florida.

Prior to his election as Sheriff, Parker served as Brevard County’s Public Safety Director. He led the county’s emergency services effort for eight years, including 2004 during which three hurricanes struck the Space Coast within a six week period.

He graduated from the Brevard Community College Corrections Academy in 1983 and earned his Associate’s Degree from BCC in 1986.

Parker was selected as a Distinguished Alumnus by the college’s Alumni Association in 2007.

BCC was renamed Eastern Florida State College in 2013 to reflect its heightened status as an institution  offering four-year Bachelor’s Degrees.

Parker went on to gain a Bachelor’s Degree in Public Administration from the University of Central Florida, and graduated from the Law Enforcement Academy and Firefighting Academy in Orlando.

That makes him one of very few persons who graduated from the Law Enforcement, Corrections and Firefighting Academies in the State of Florida.