June 14, 2016 - The P.J. Wilson and Henry Scott Youth Golf Camp is in full swing for another year, combining the highlights of golf's fundamental skills and valuable lessons about life. 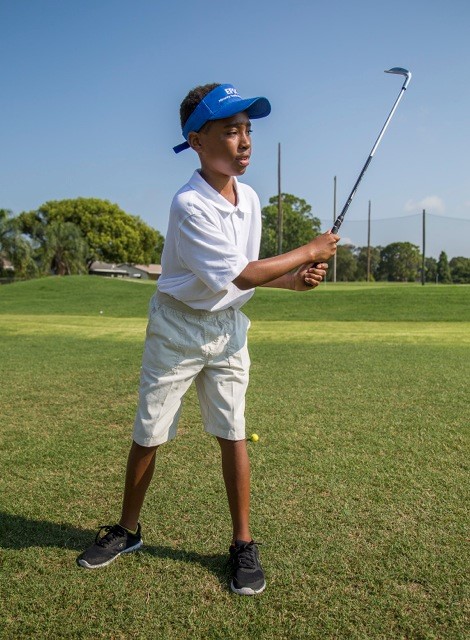 Smith, who is Executive Advisor to the President and College Ambassador at Eastern Florida State College, calls it ‘The ADD C Lesson to Remember.”

In his acronym, A is for Attitude. D is for Discipline. The second D is for Determination. And the C stands for commitment.

Golf camp participant Smith was among those who helped organize the camp, which is for children aged 10 to 16 who signed up to attend the camp. It's being held June 13-23 from 9 to 11 a.m. Monday-through-Thursday at the Fred Gay Golf Academy at Eastern Florida State College, 3570 SR 524, Cocoa, FL, 32926.

An awards ceremony will be held on June 23 at the Cocoa Campus Community Dining Room.

The camp is for kids who have never picked up a club before, or those who are playing for their high school teams. It remains free to all campers due to the support of EFSC President Dr. Jim Richey and the Board of Trustees. 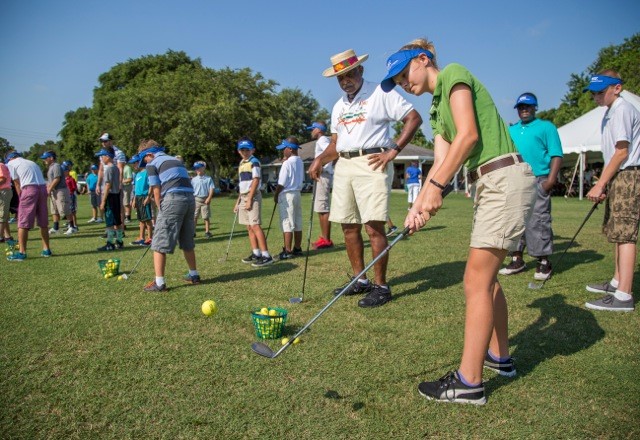 Whether they find they love a new sport, or get some tips to help improve an existing game, there is something good in store for everyone.

Not only will they get a lesson in golf, but also as evidenced by what Smith tells the kids every year, a lesson in life.

Smith and Howell have been at the camp every year since it opened, along with instructors Roosevelt Jackson and Isaac Johnson. This year, they will be joined by various members of the EFSC staff and members of the community, including women’s golf coach Anne Gannon and now former Titan Kerry Sweeney, who recently won the NJCAA individual national championship and was the Jack Nicklaus honoree as the nation's top NJCAA Division I men's golfer for the second year in a row.

For Howell, working the camp never gets old.

“Some of the folks this year, it’s good to see some familiar faces. There were a couple of young girls, I watched them hit a few chip shots with me today, and I’m like, ‘Hey, you have been practicing.’ It’s cool to see that.”

Smith has another way to describe golf. He calls it the Game of Life Forever … meaning, among other things, that you can keep playing long after you’re no longer able to play other sports.

Now, thanks to the P.J. Wilson and Henry Scott Youth Golf Camp, a number of kids throughout Brevard County can be introduced to the game Smith loves.

“This program has been going so long,” he said. “The success of it centers around the teachers and these coaches, but the administration and the Board of Trustees of the College (also plays a big role).

“Dr. Richey is in complete support of this program.”