April 21, 2016 - Julia Weatherspoon’s efforts to help her community have earned her national recognition. 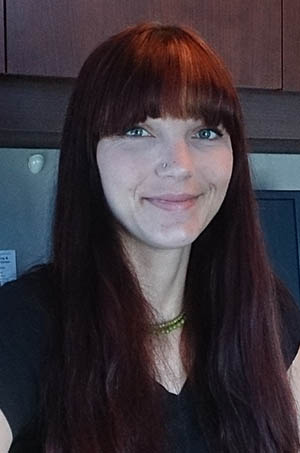 The award honors undergraduate and graduate students who pursue long-term social change and inspire others in their communities to do the same.

Eastern Florida is a member of Campus Compact, which gave the award to 218 college student leaders this year from 36 states, Washington D.C., and Mexico.

Weatherspoon is pursuing an Organizational Management Bachelor’s Degree with a specialization in Healthcare Management and is the Vice President of the Cocoa Campus Student Government Association.

For the past two years, she has partnered with community organizations and government offices as part of her leadership positions within SGA, the Environmental Club and the Rotaract Club to coordinate efforts to address a variety of needs.

"Julia is the epitome of an engaged student leader and a shining example of the power of active citizenship,” said Dr. Erin Baird, Regional Coordinator of Service Learning at Eastern Florida. “Her service-learning and community organizing efforts have made tremendous contributions to both the college and our community.”

“Having grown up in impoverished areas of Cocoa as one of four children to a widowed mother, I feel I have gained a unique perspective on social issues that are important to the individuals within our communities. The growth I have experienced through community service has been incredible. My goal is to educate as many people as I can and encourage broad participation in civic projects.”

After graduation, Weatherspoon wants to open a non-profit organization to address local issues such as the lack of access to educational supplies, hunger and poor nutrition.