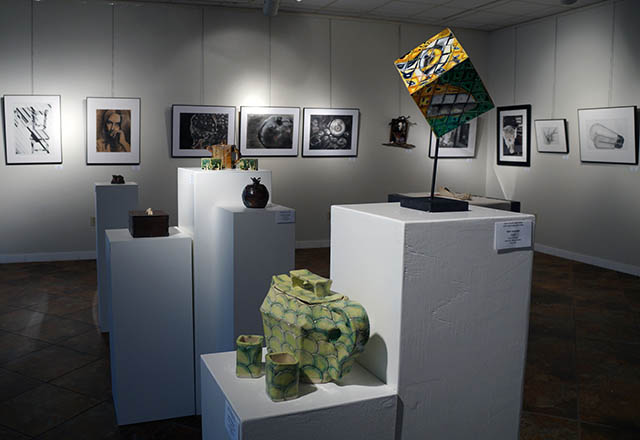 This year’s judge is Brooks Dierdorff, Assistant Professor of Photography at the University of Central Florida and a professional artist working in photography, video, sculpture and performance.

Dierdorff holds a Master’s in Fine Arts from the University of Oregon, and he has exhibited his work both nationally and internationally at galleries across the U.S., Canada, and Europe. For three years he was co-director of Ditch Projects, an artist-run exhibition space in Springfield, Oregon.

As judge, he hand-selected 50 entries to be included in the show, as well as designating 14 award winners.

Students attending the exhibit with their EFSC classes will have a chance to vote on “Student’s Choice Awards” in the categories of 2-D and 3-D.

The awards reception is open to the public and will be held Tuesday, April 12 from 6-7PM in the King Center lobby.